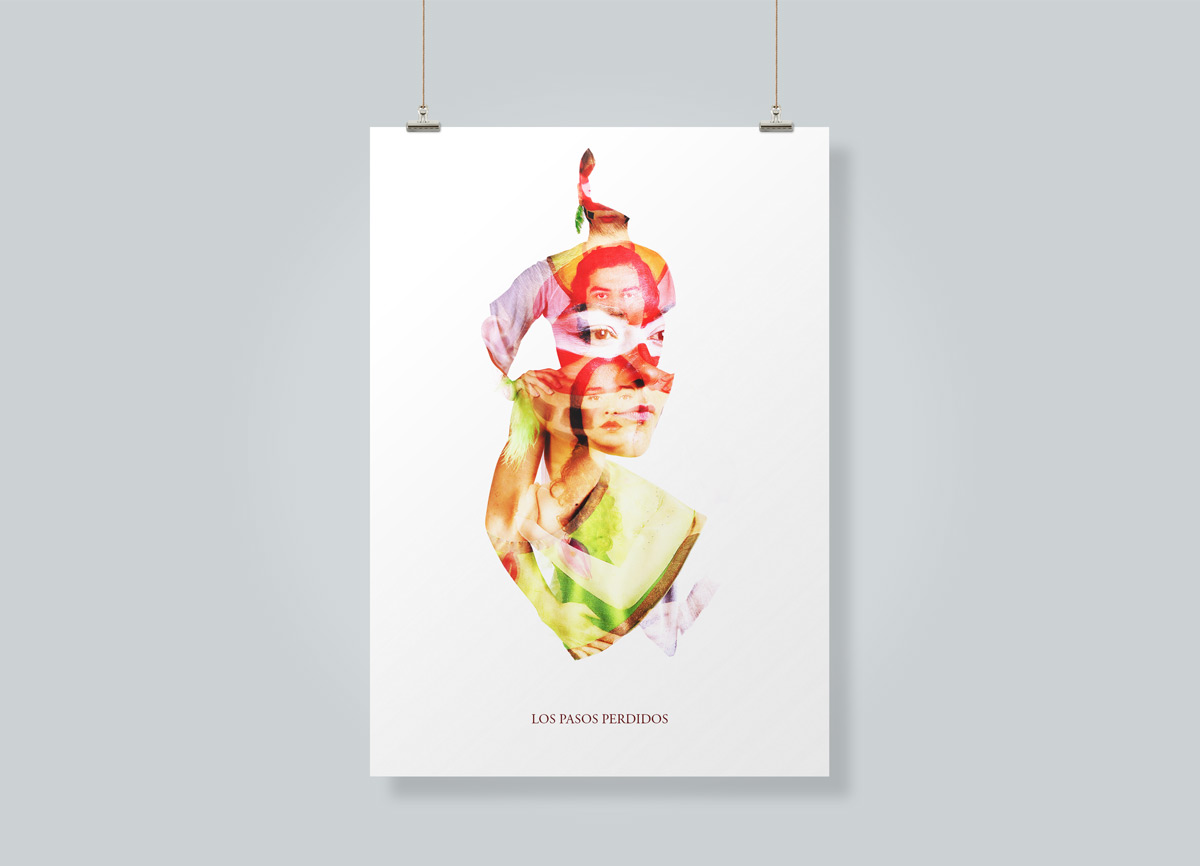 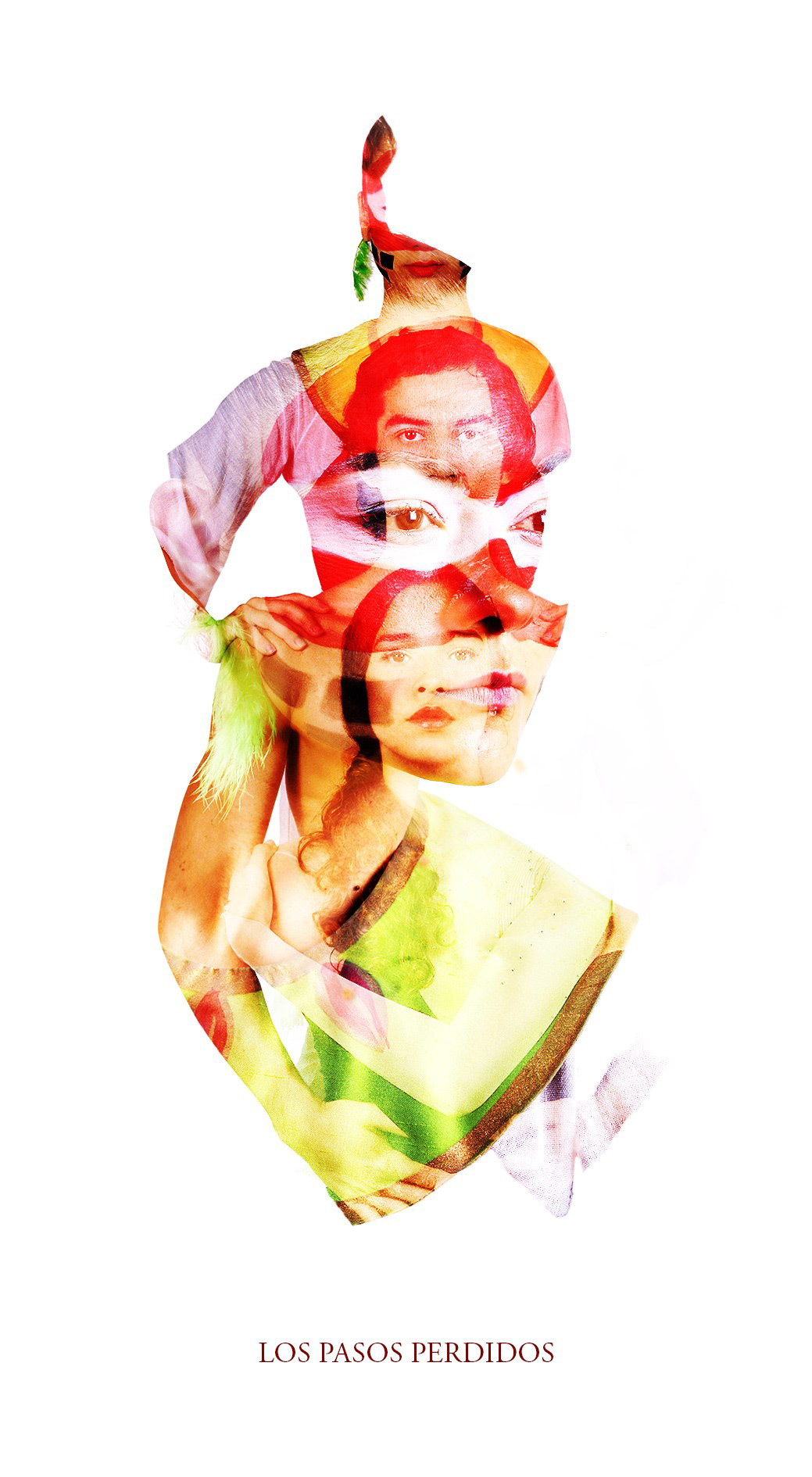 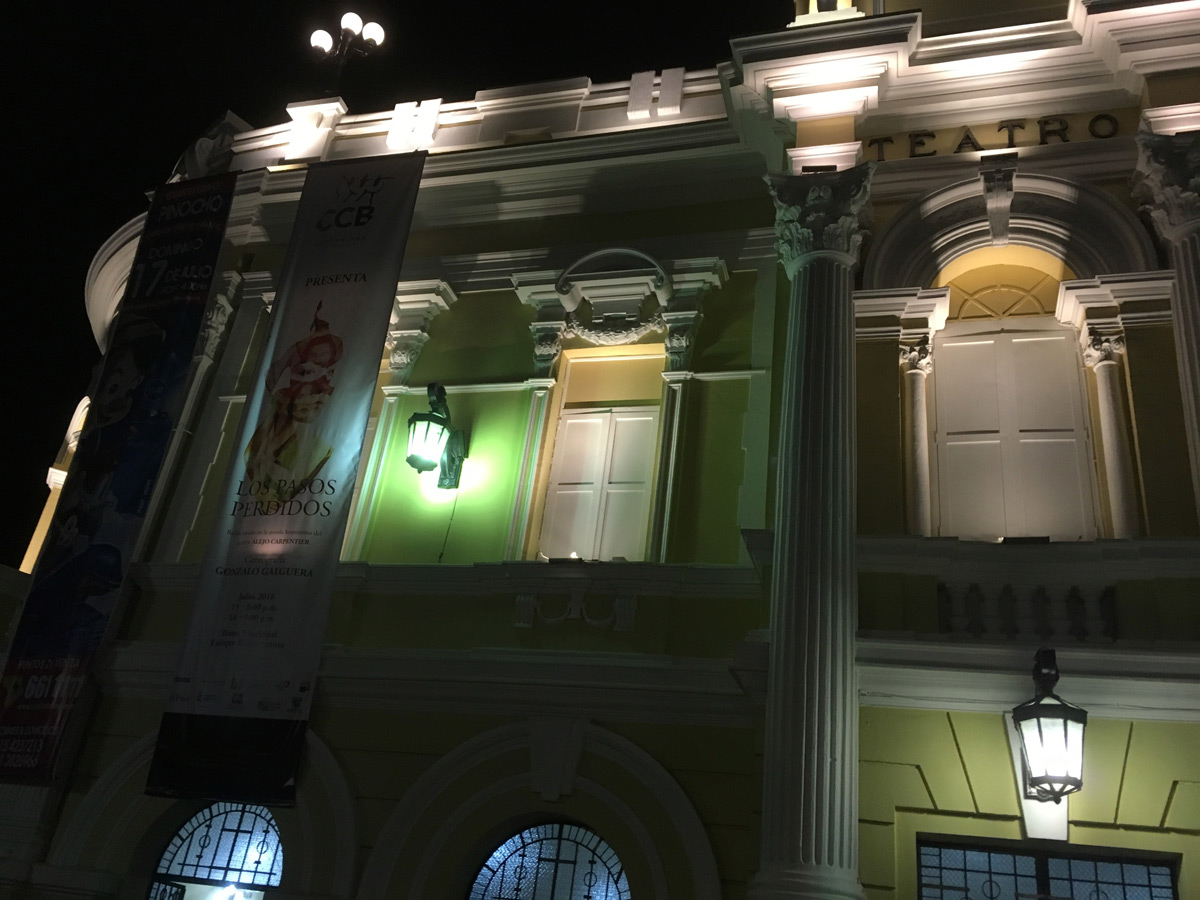 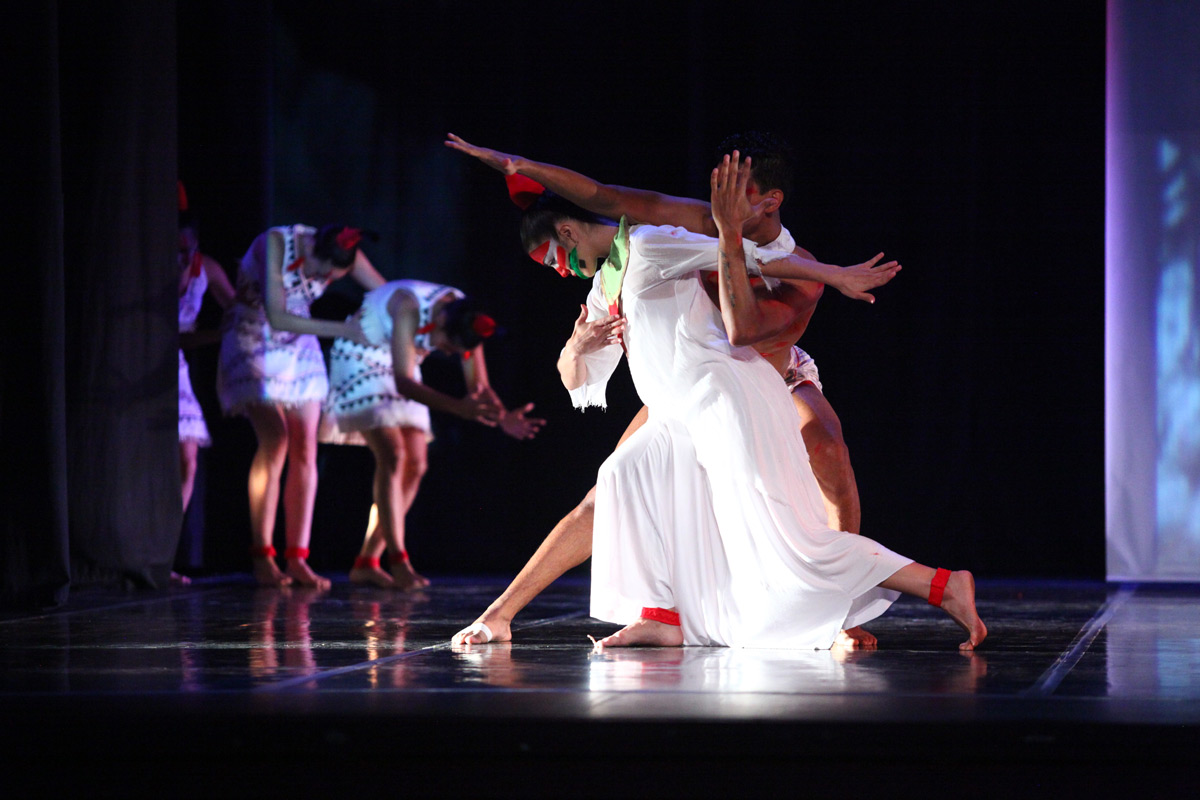 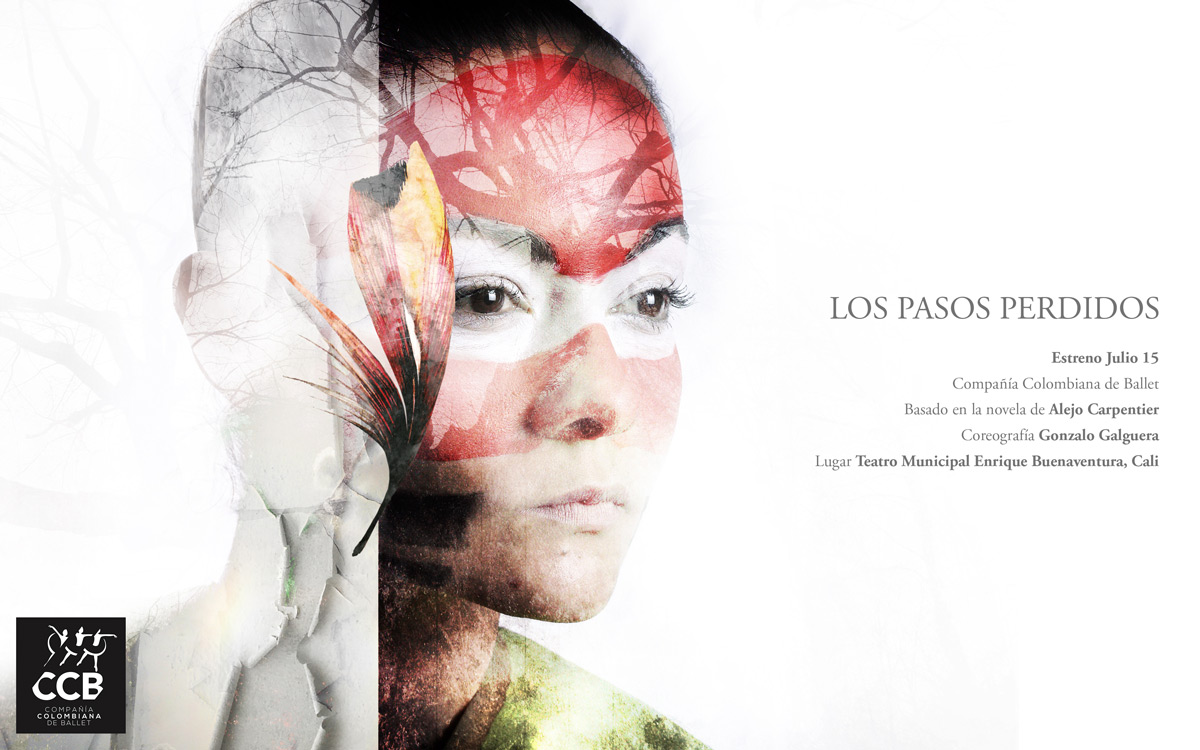 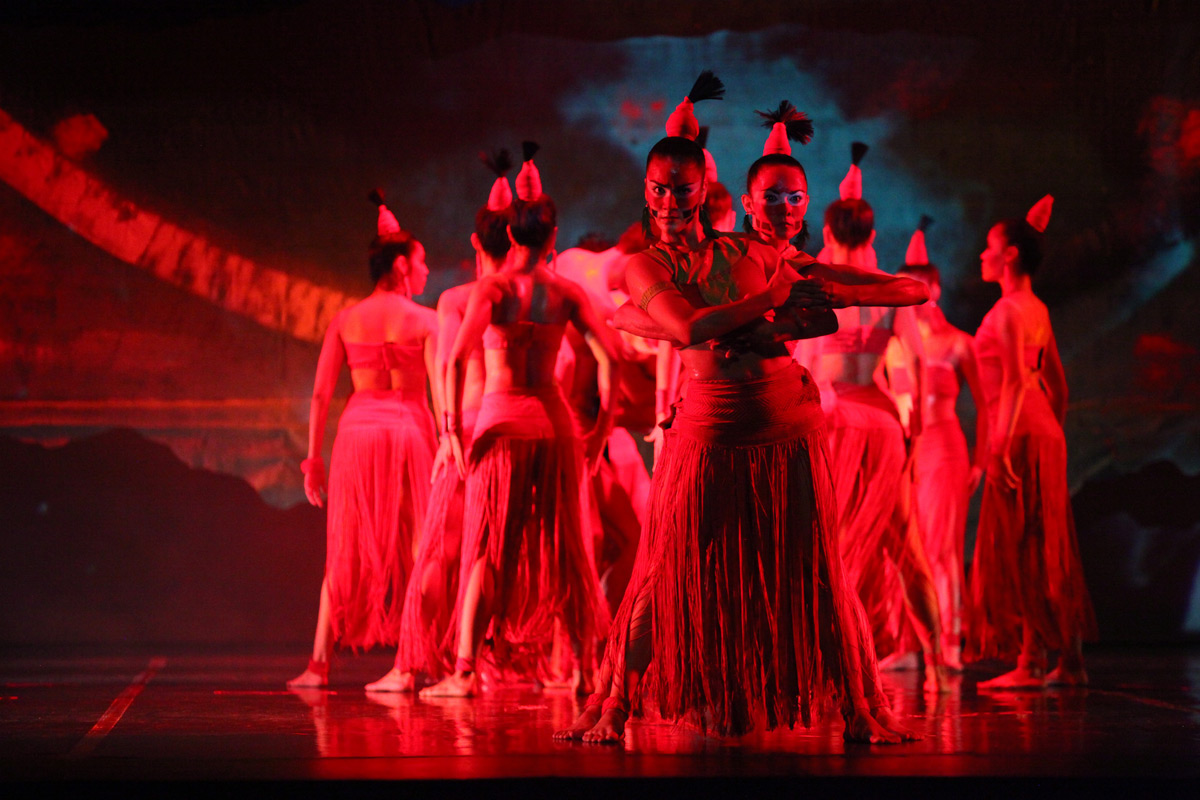 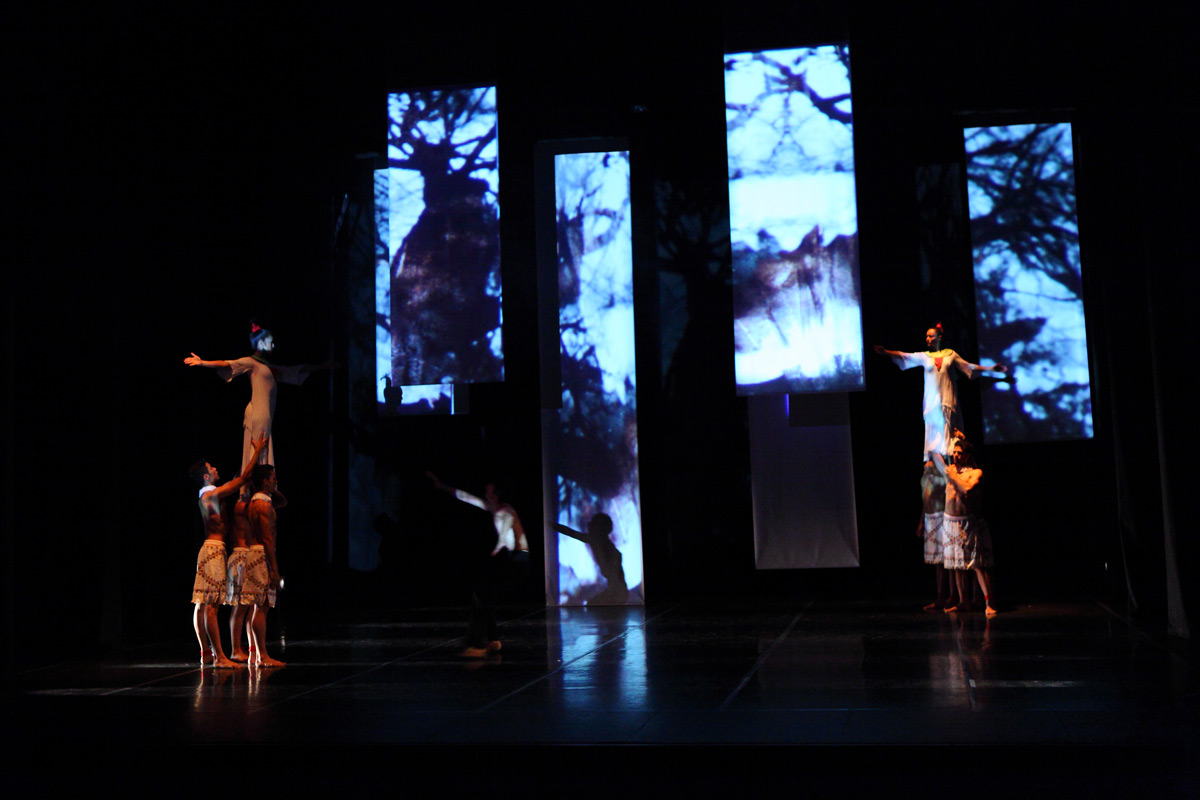 With
National Ballet of Colombia. 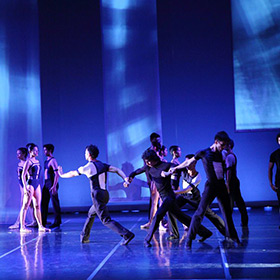 "The Lost Steps" is a ballet choreographed by Gonzalo Galguera and based on the homonymous book by Alejo Carpentier. It was presented for the first time in Magdeburg in 2008, and the 2016 Colombian version saw a new scenographical approach, based mainly on video projections.

We started to work on this project at the end of 2015, and it took us around six months to produce the video content. We designed a scenography made of 11 semi-translucent columns that could provide 13 different combinations for different scenes throughout the ballet.

Divided into 24 musical episodes, based on compositions by Georg Philipp Telemann and the music of Cristián Carvacho, Alejandro Soto, Diego Villela, and Thomas Duda, it was premiered in July 2016 in the Municipal theater Enrique Buenaventura (Cali). 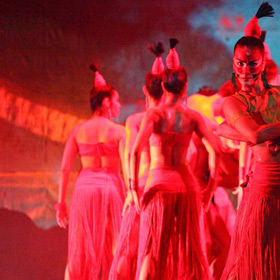 A composer, fleeing a hollow existence in New York City, takes a journey with his mistress to one of the few remaining areas of the world not yet touched by civilization. As he strikes deeper into the jungle, he imagines he is traveling back in time, retracing the lost steps of humankind to a point where the work of so-called progress may be undone.

The biggest challenge of this project was to adapt the 11-columns layout to a context that could handle manually only five rows and maintain at the same time the variety of the scenes. For this reason, we used a flexible setup to be able to change the configuration of the columns during rehearsal (Software used: Isadora and MadMapper). 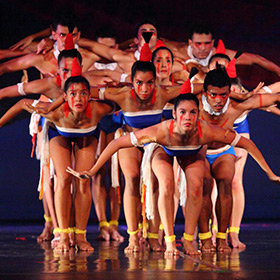