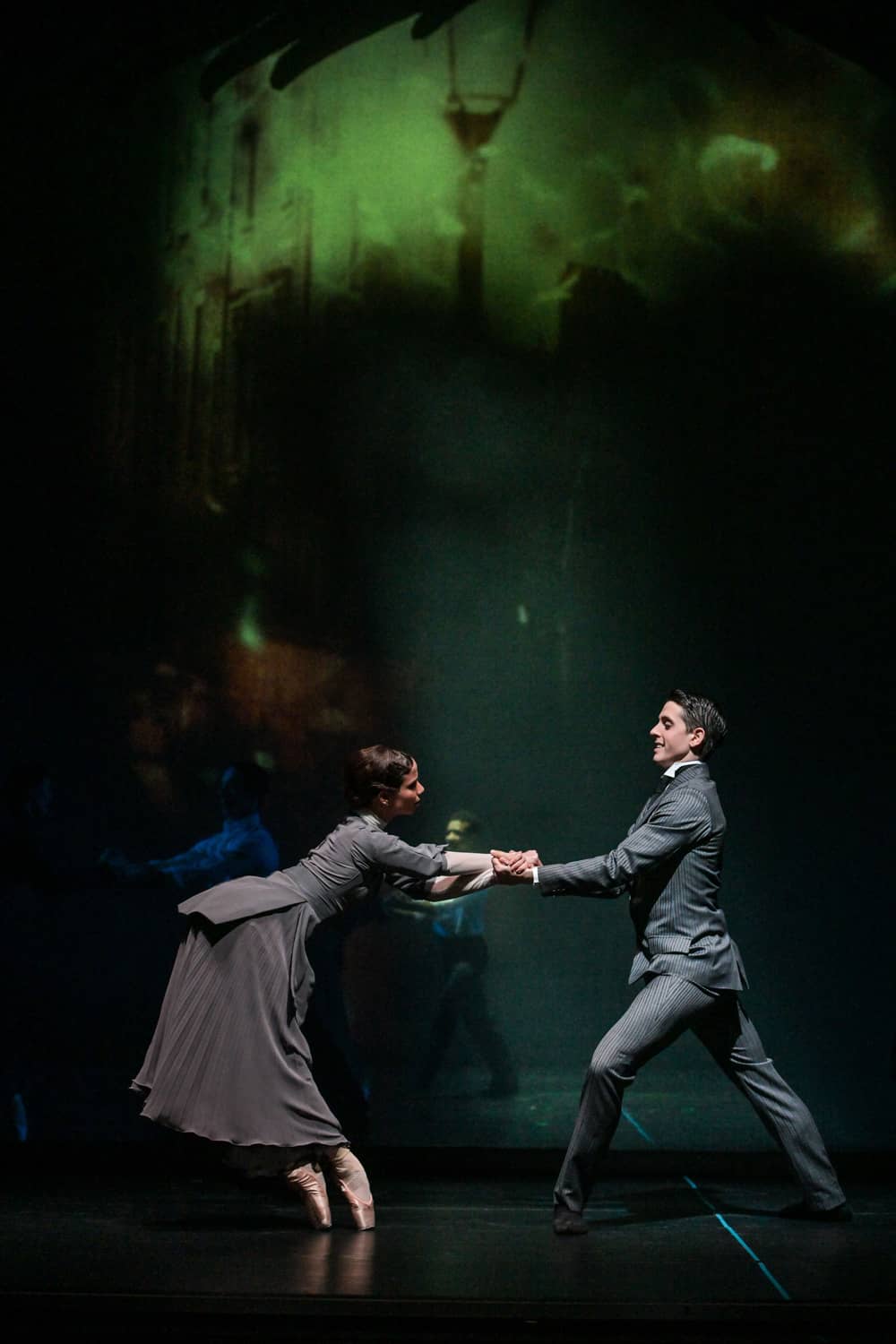 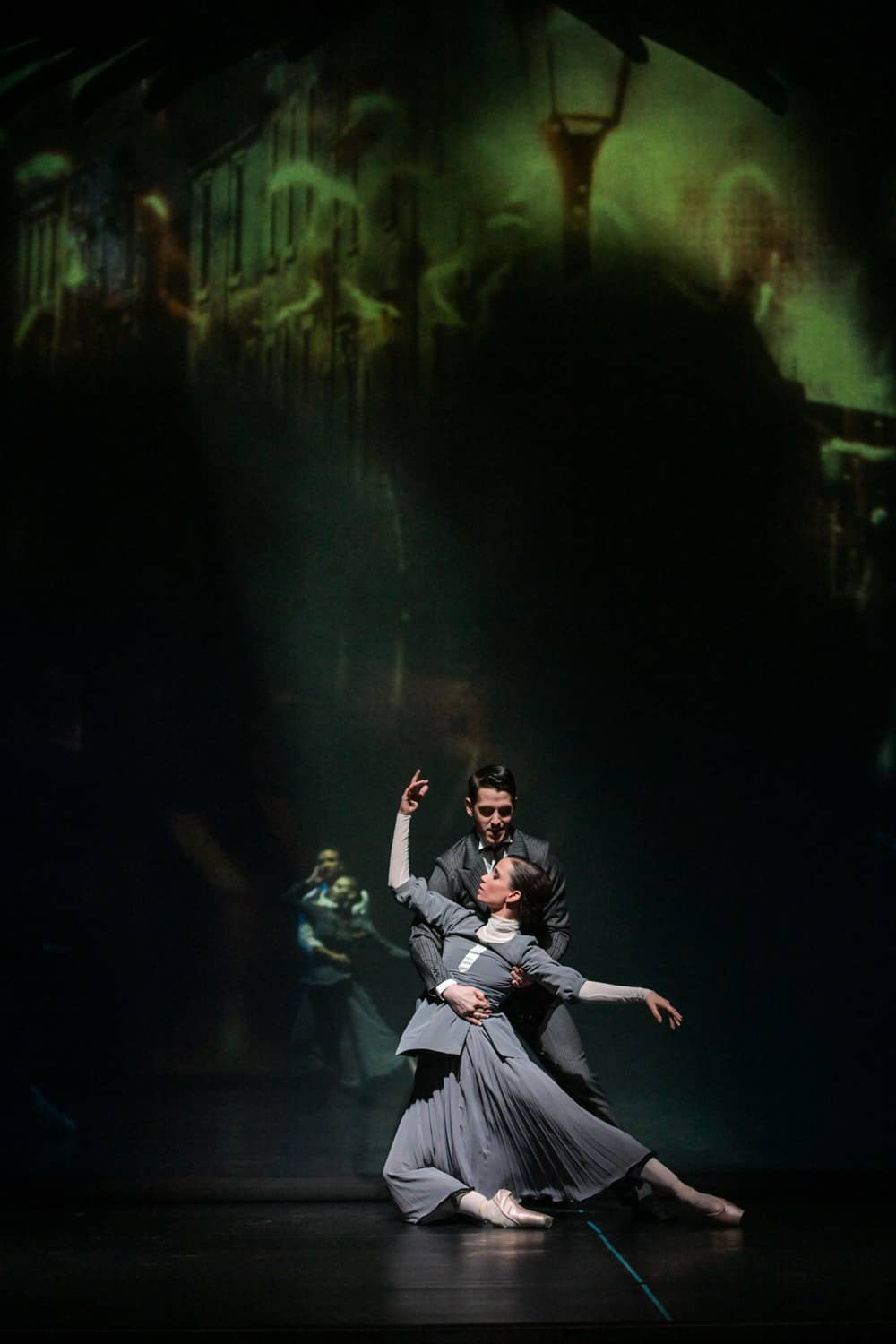 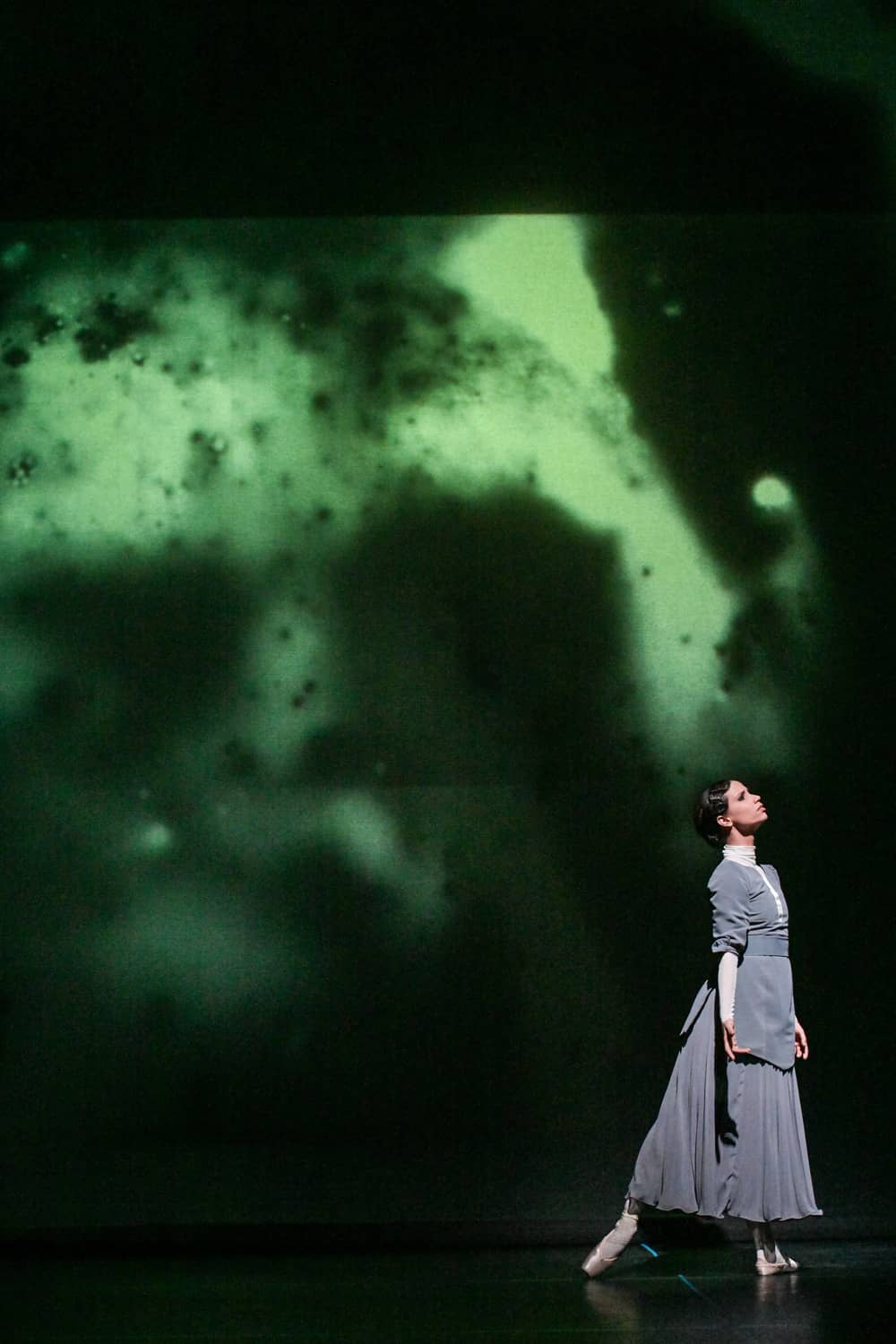 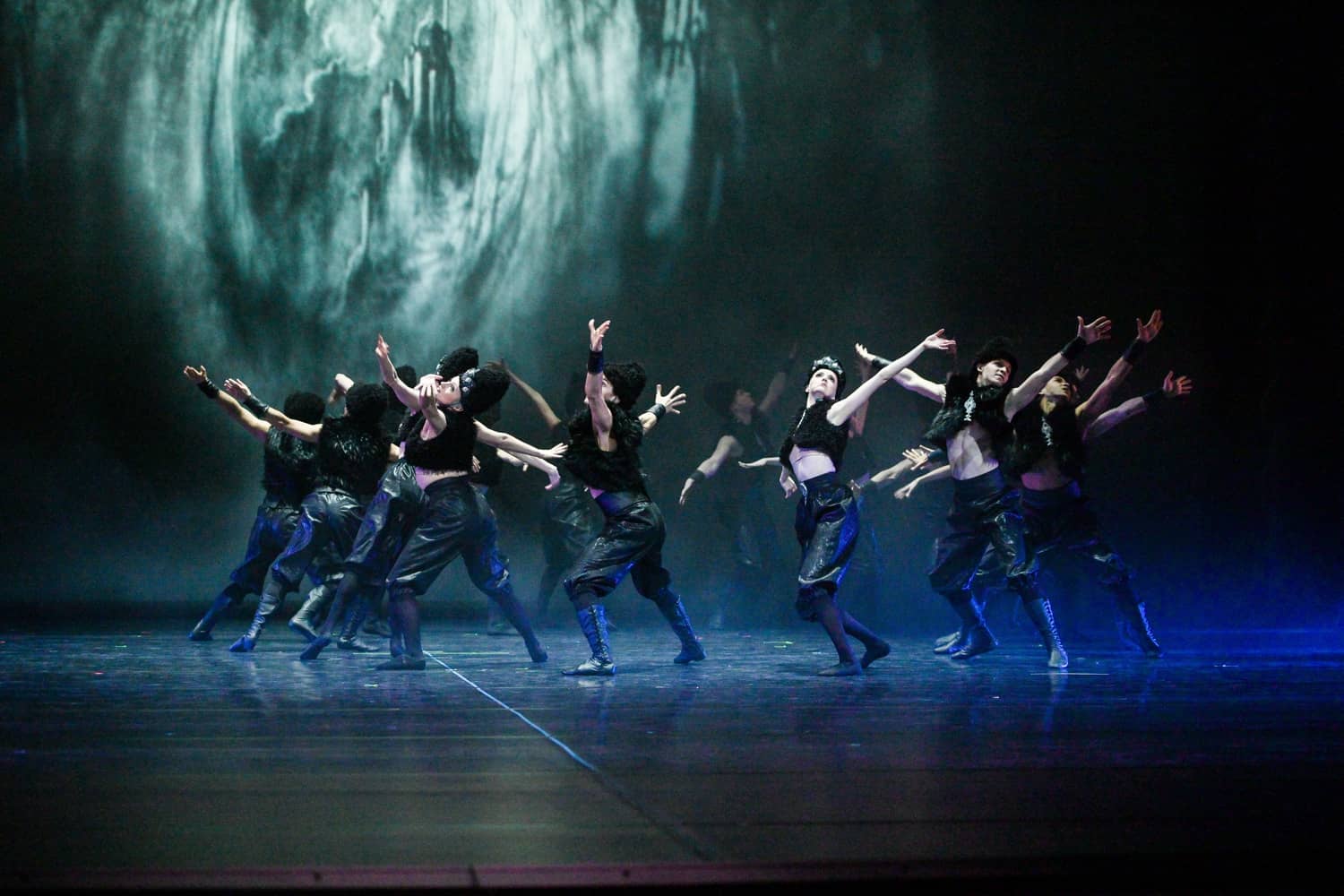 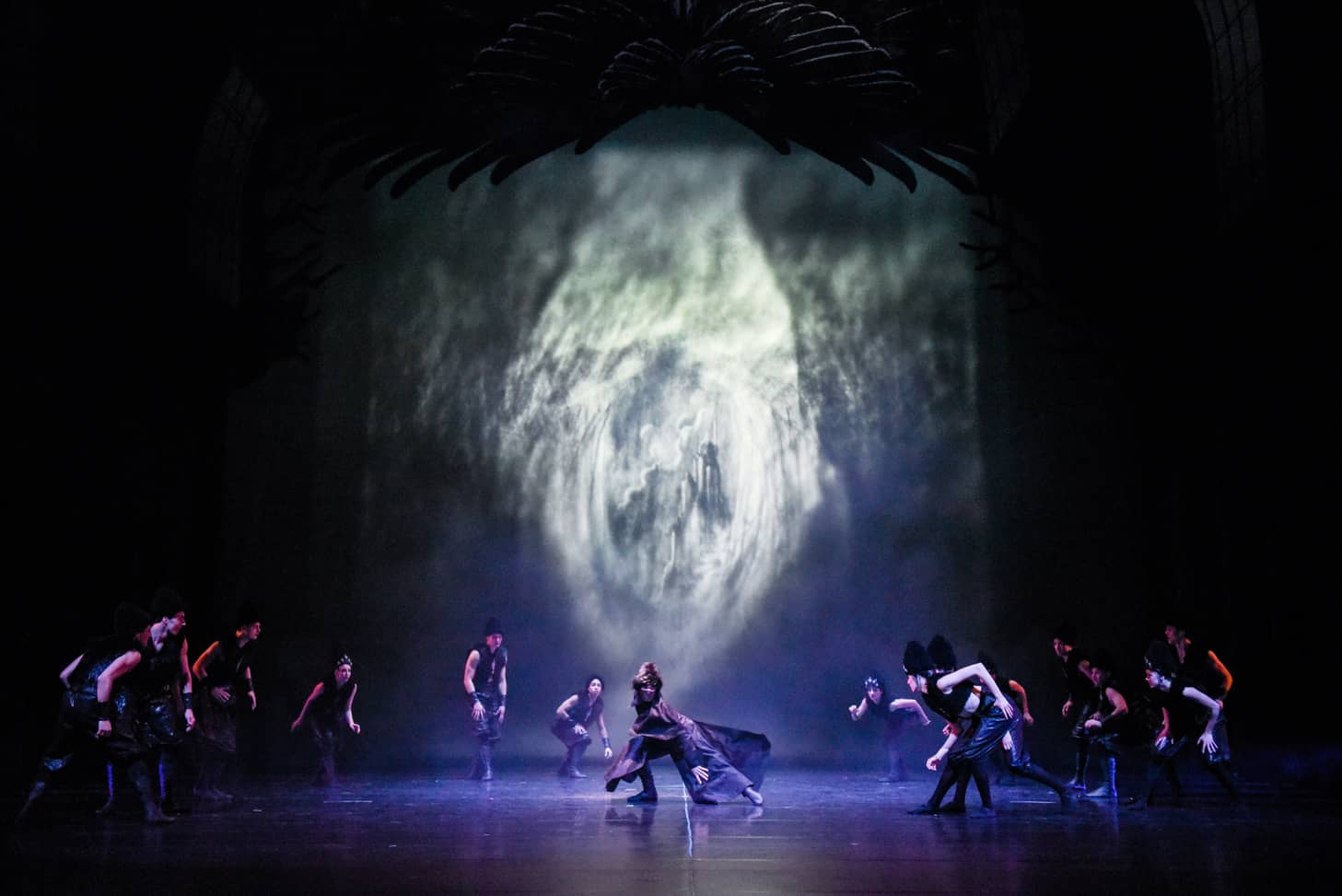 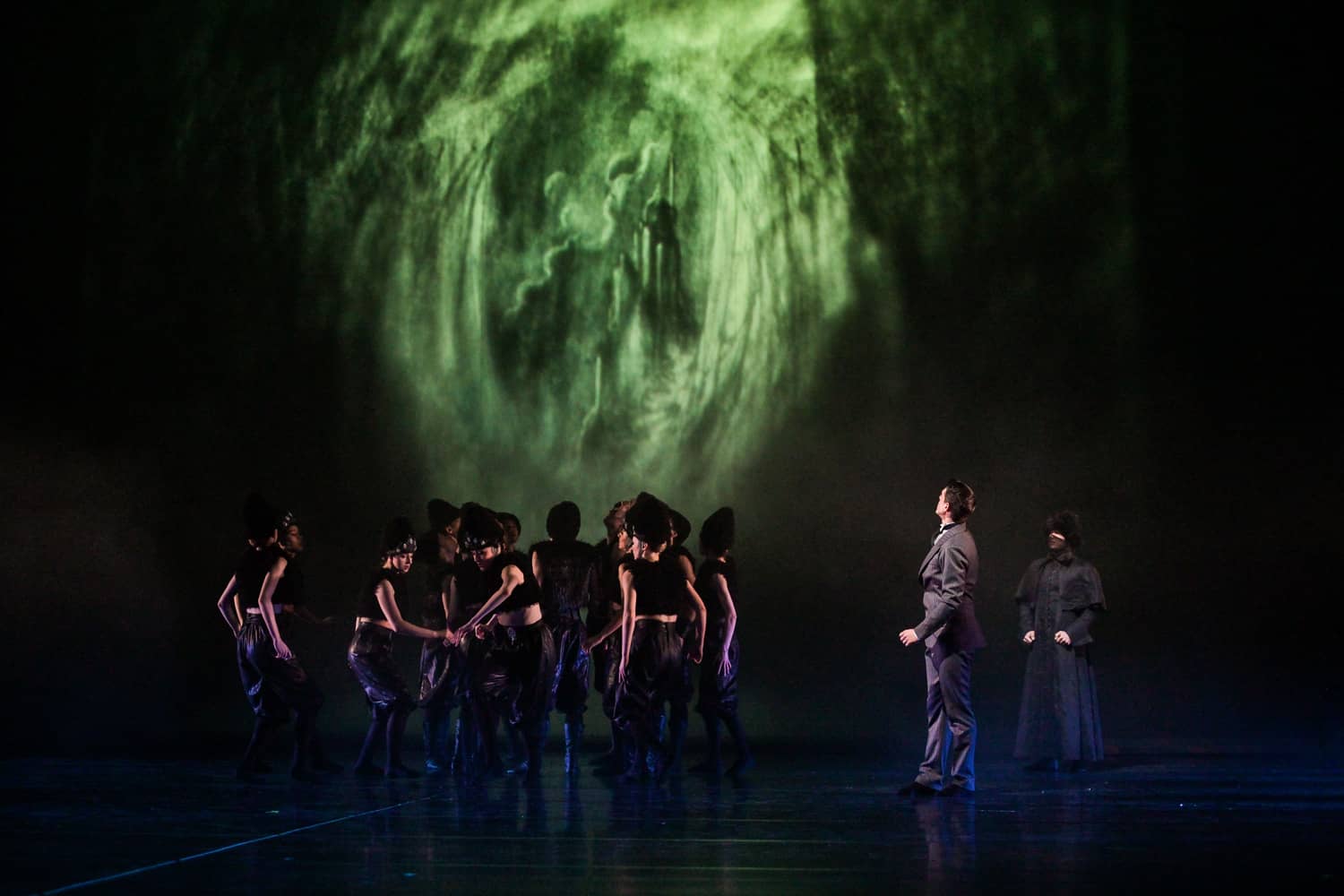 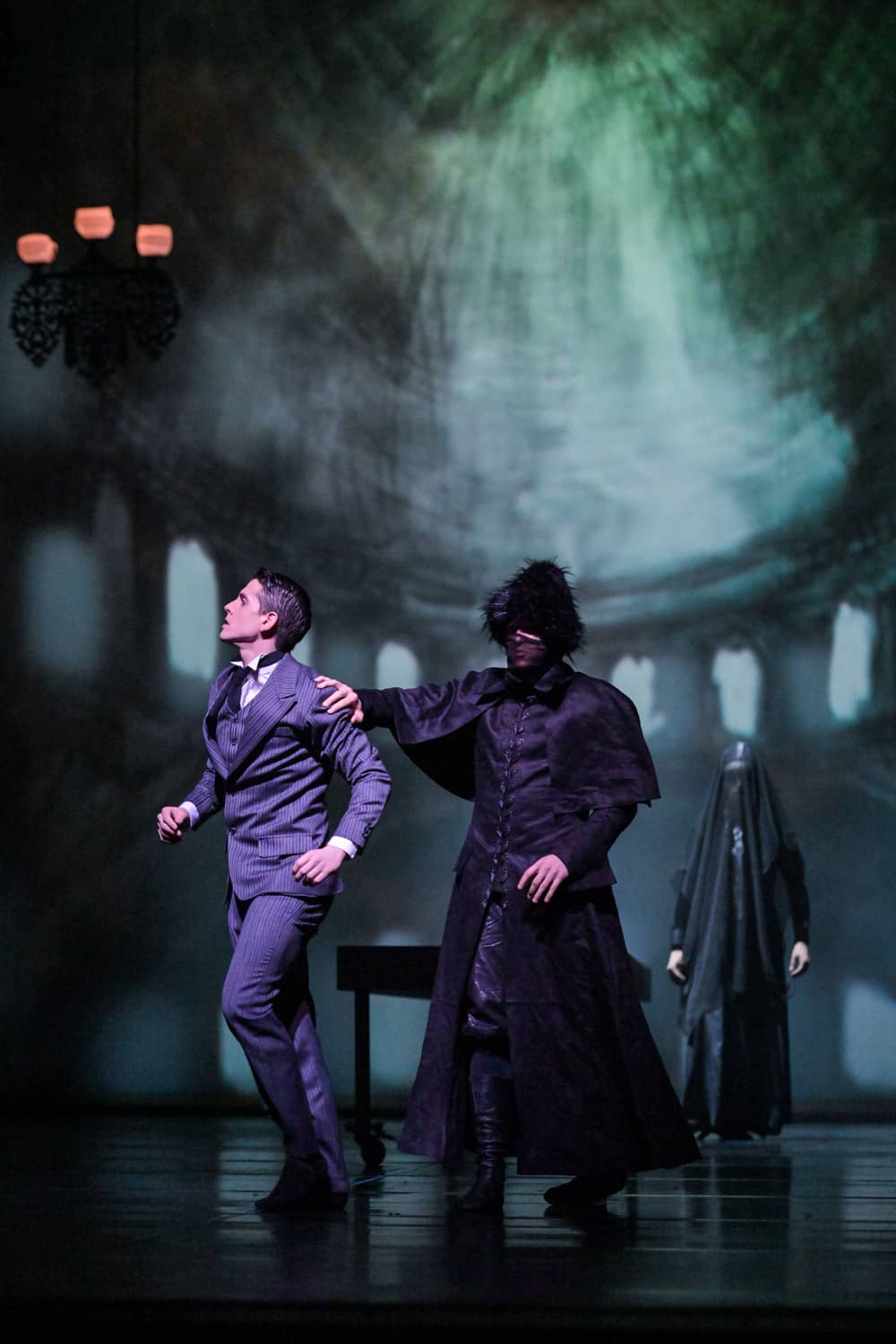 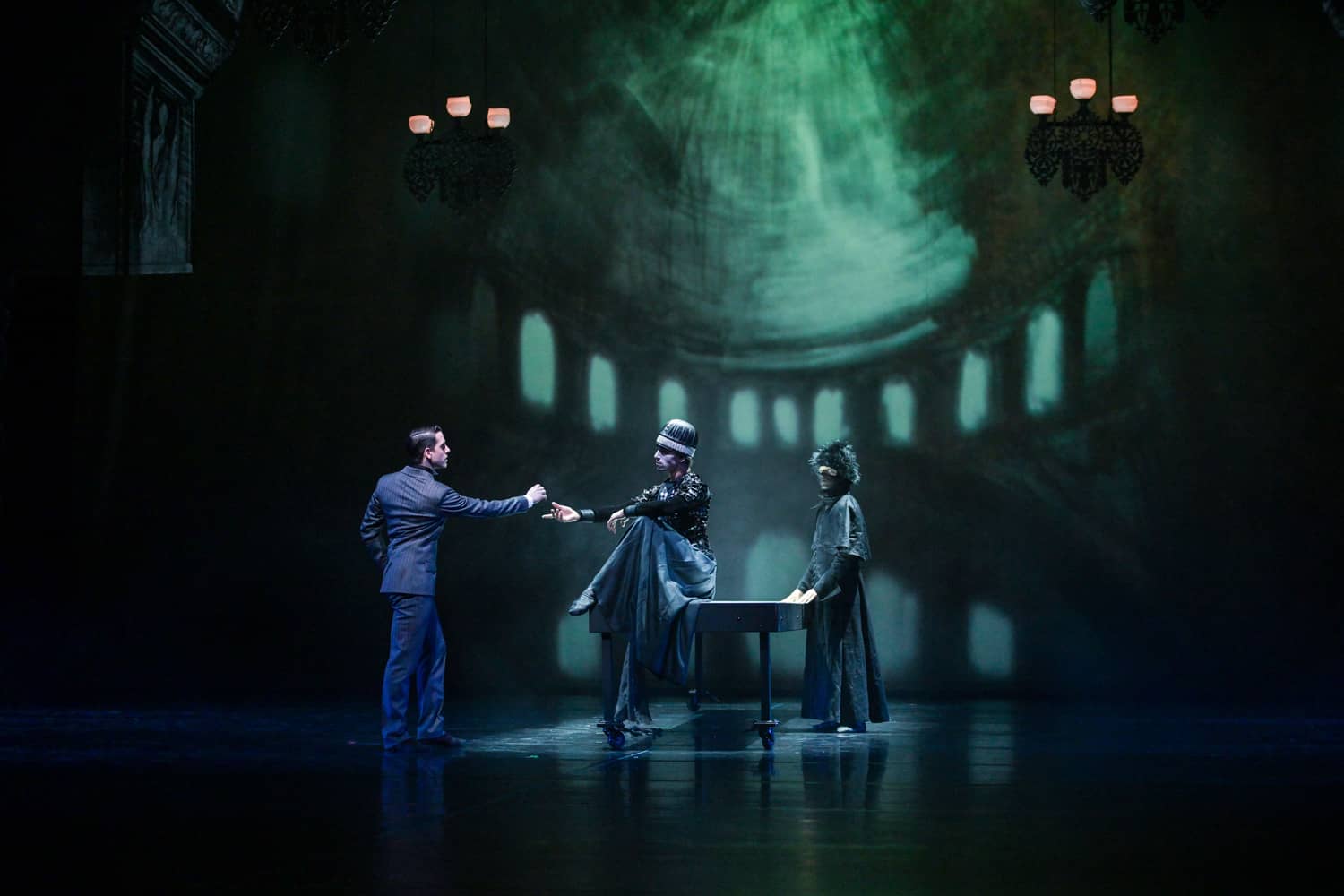 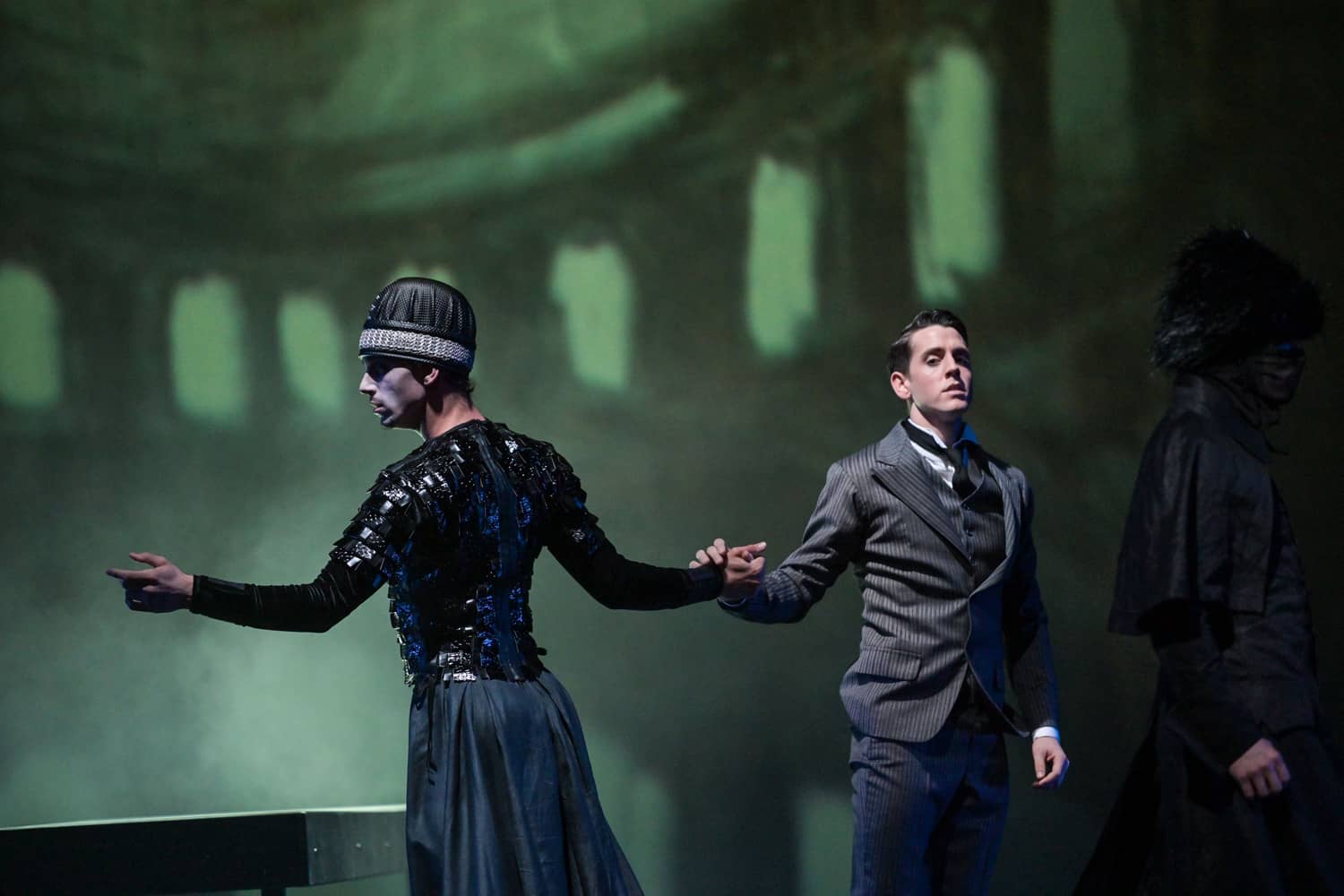 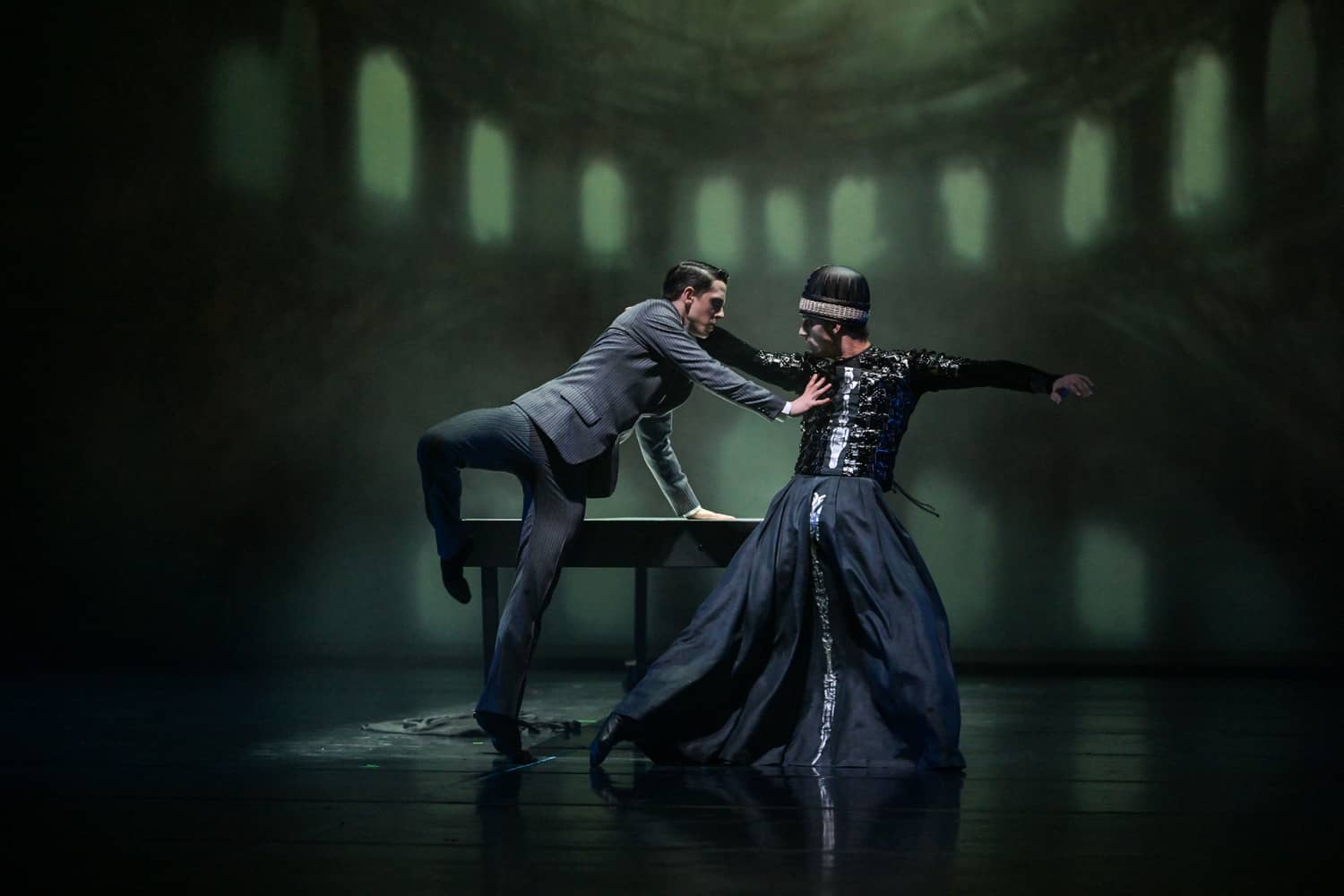 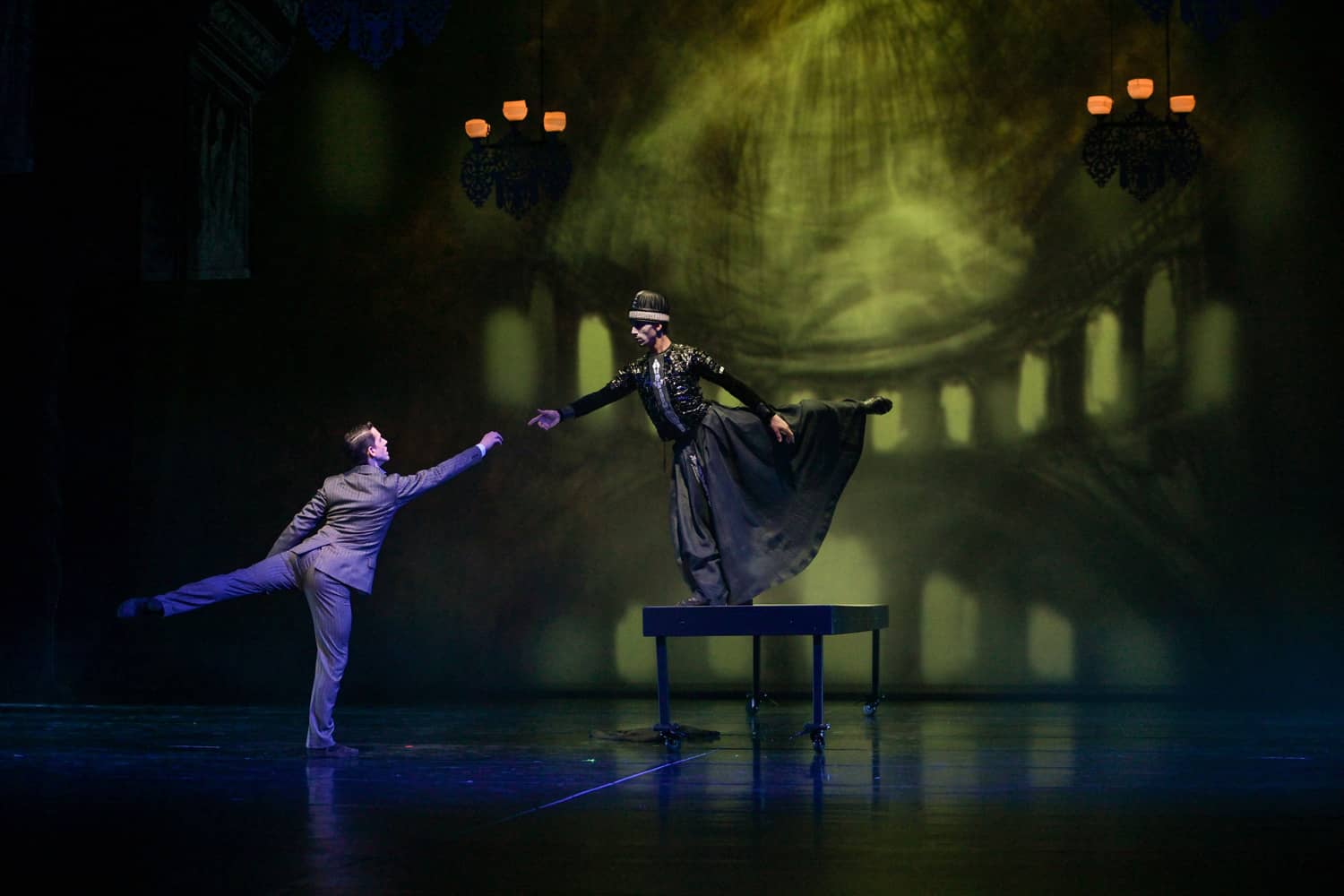 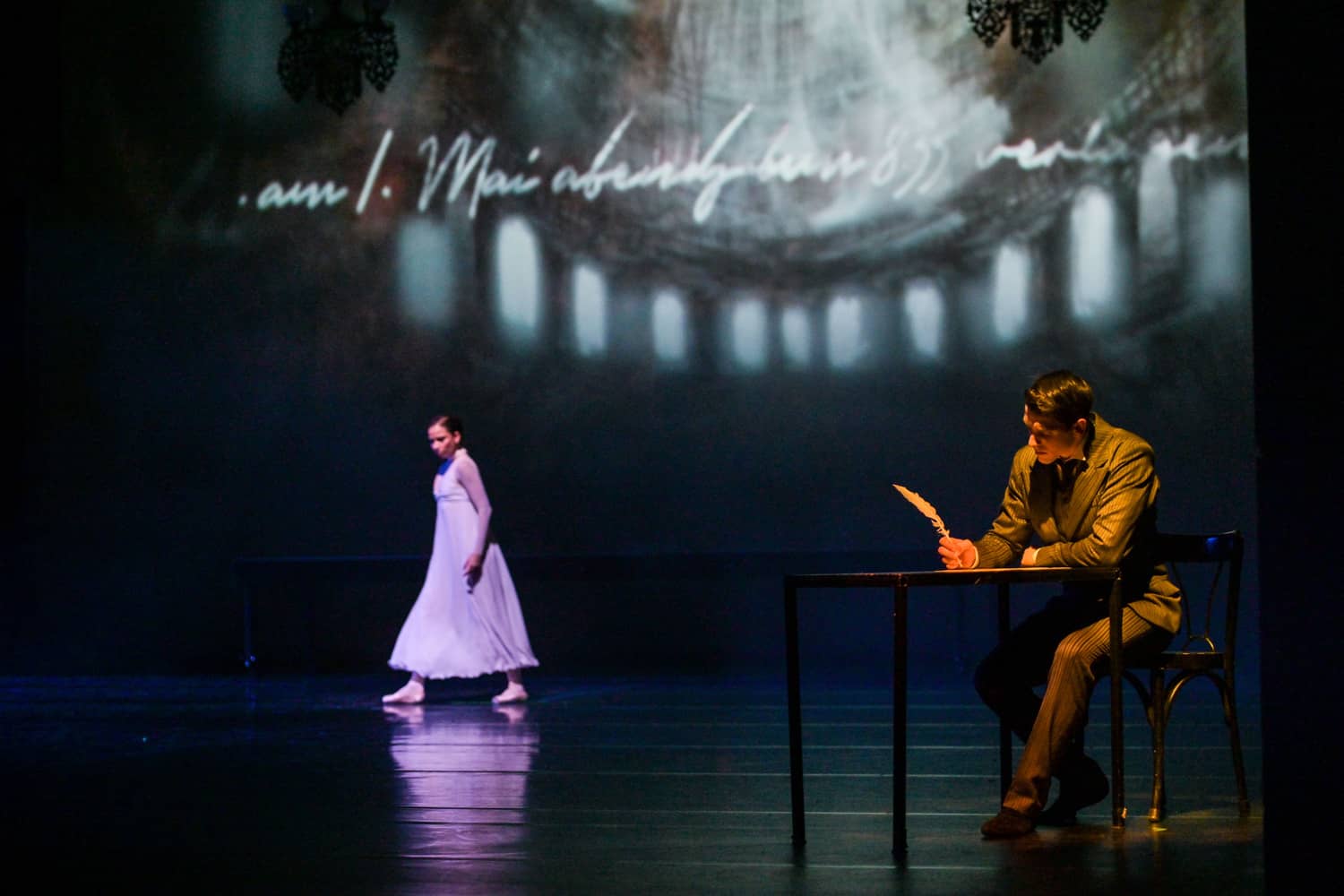 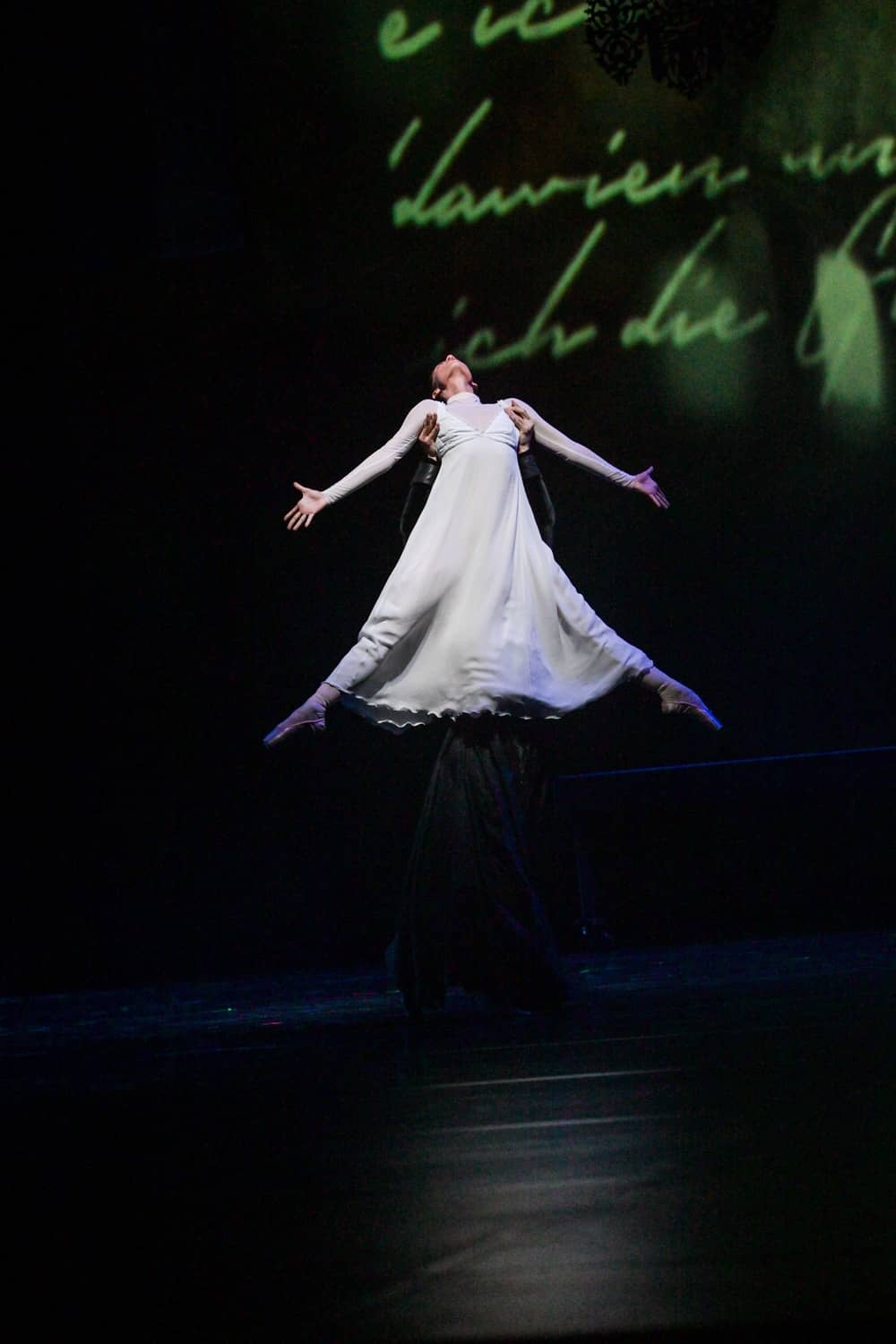 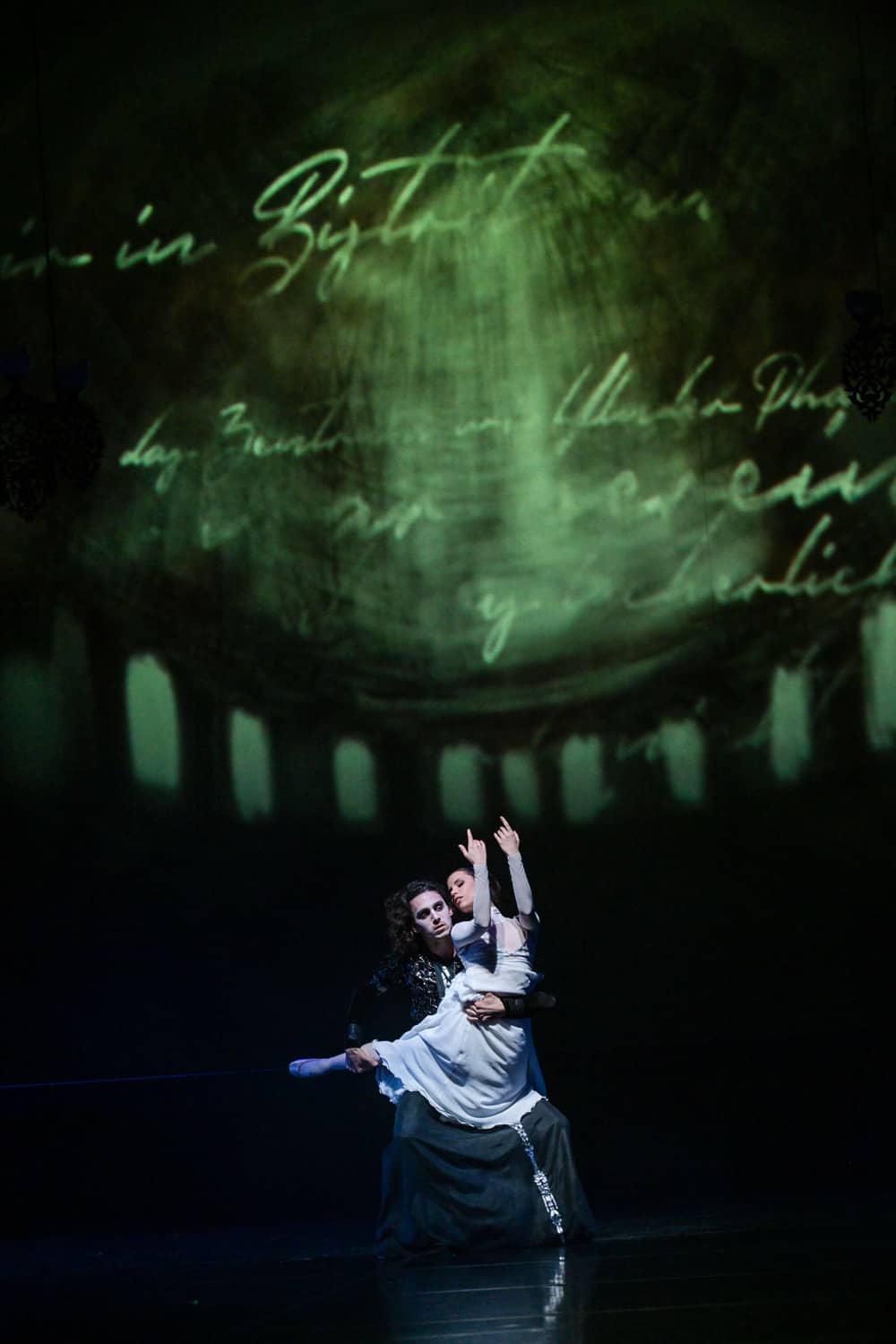 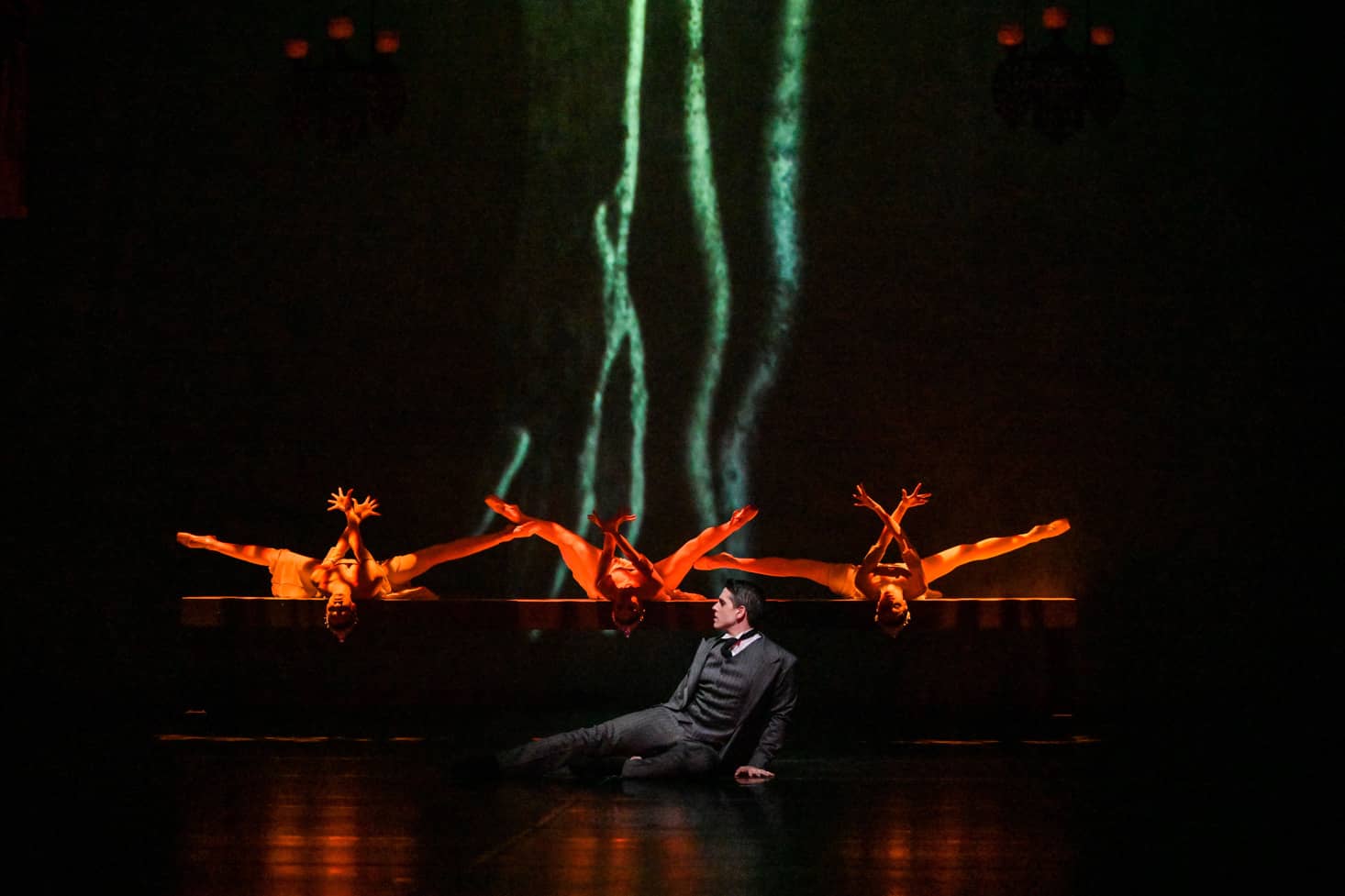 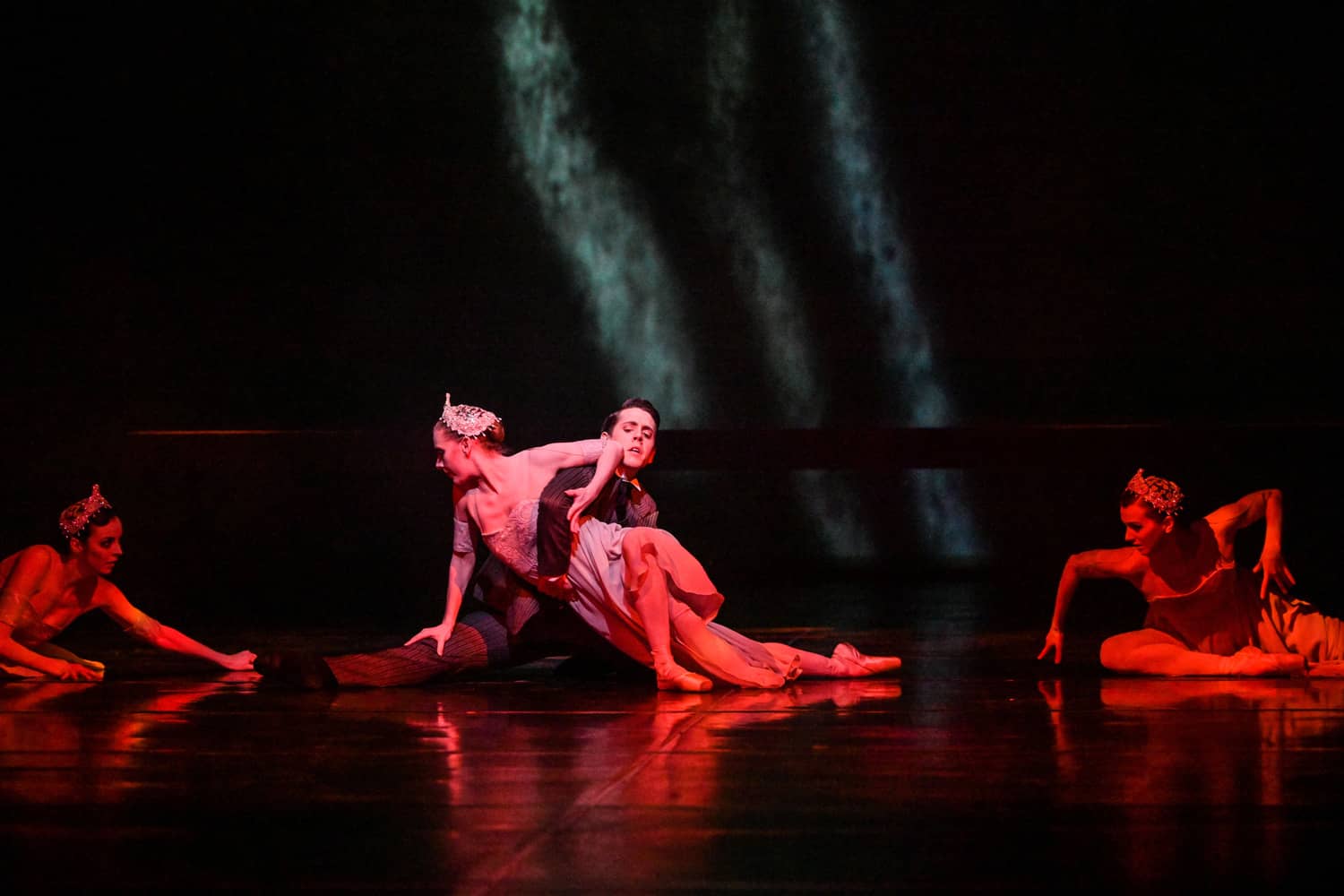 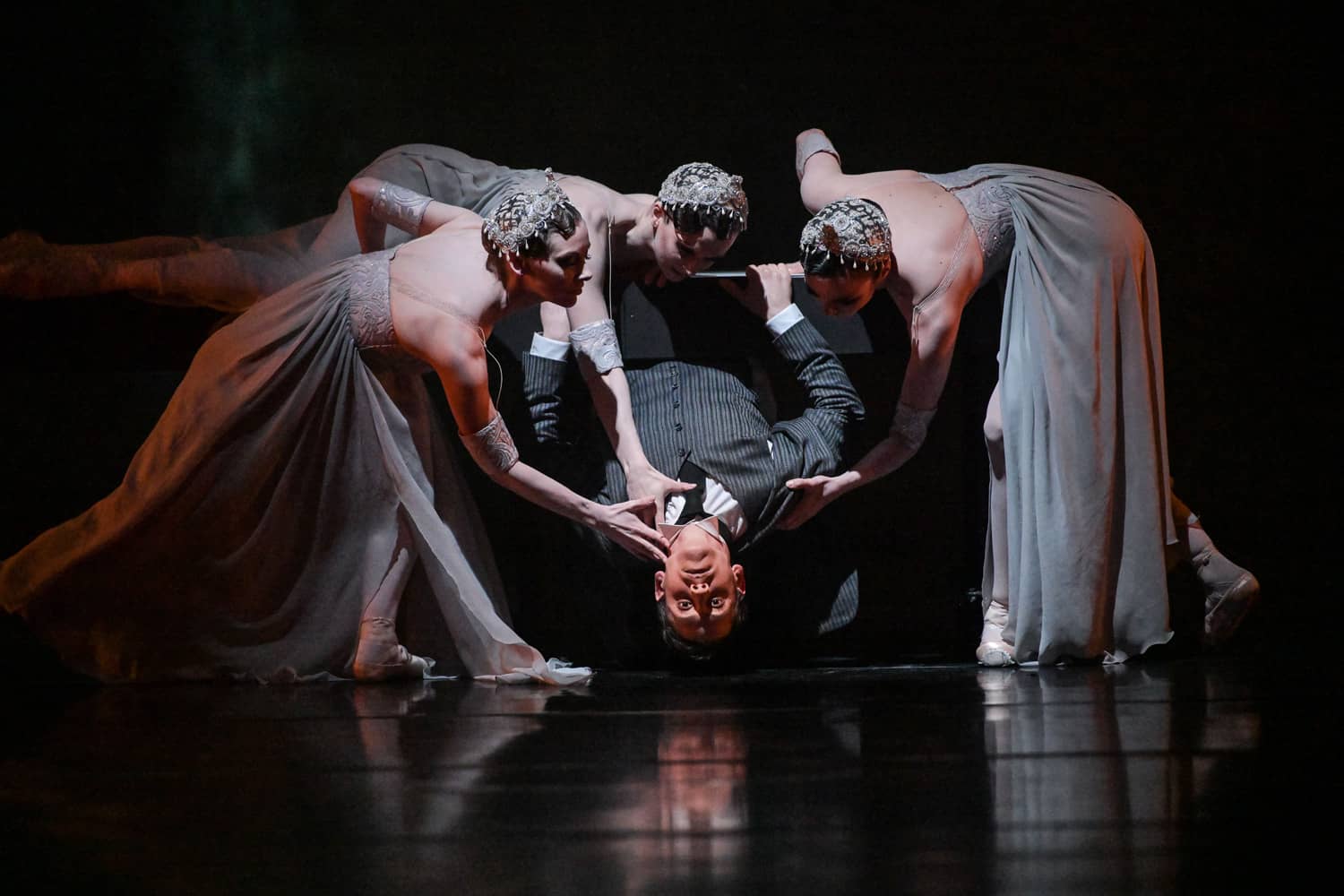 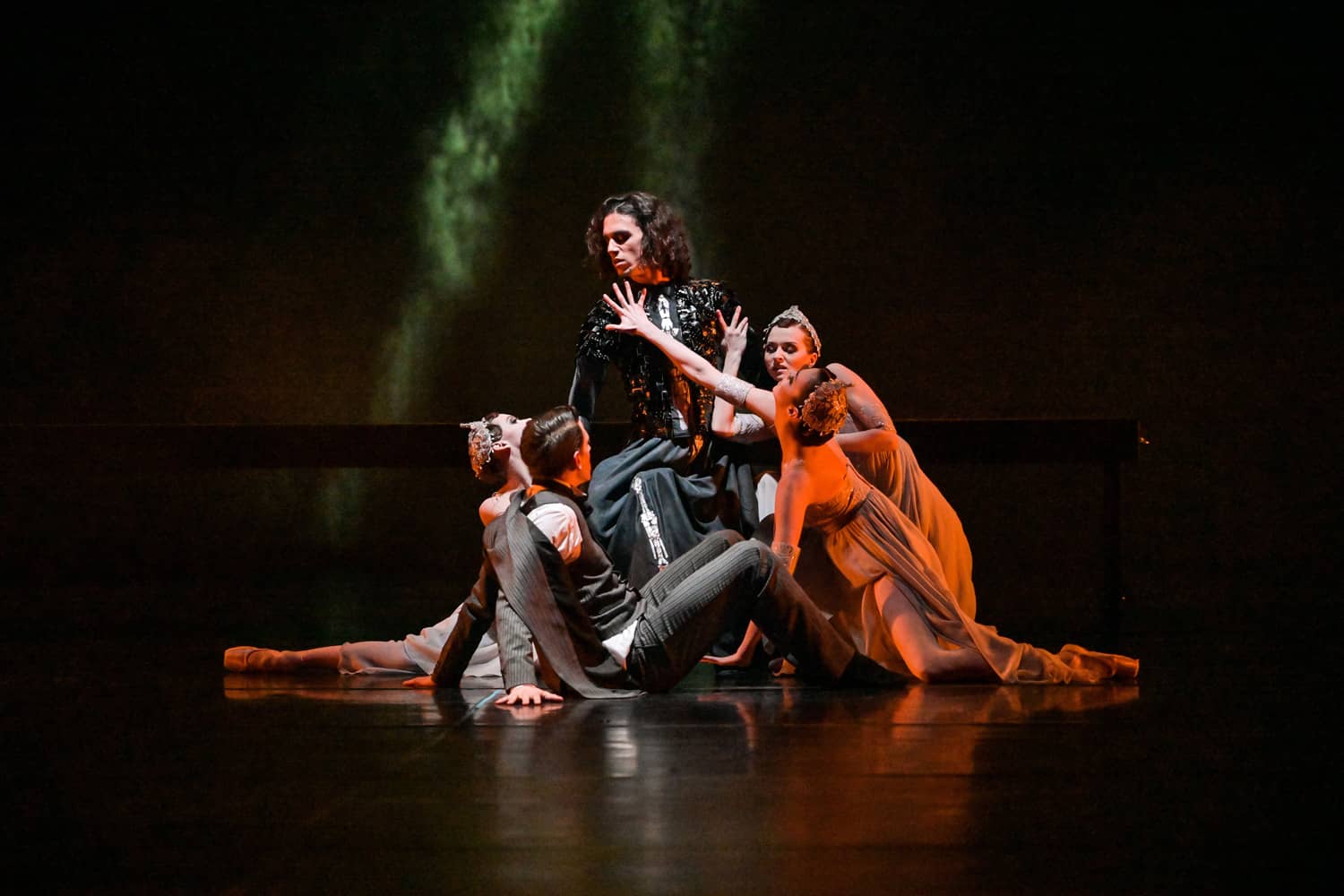 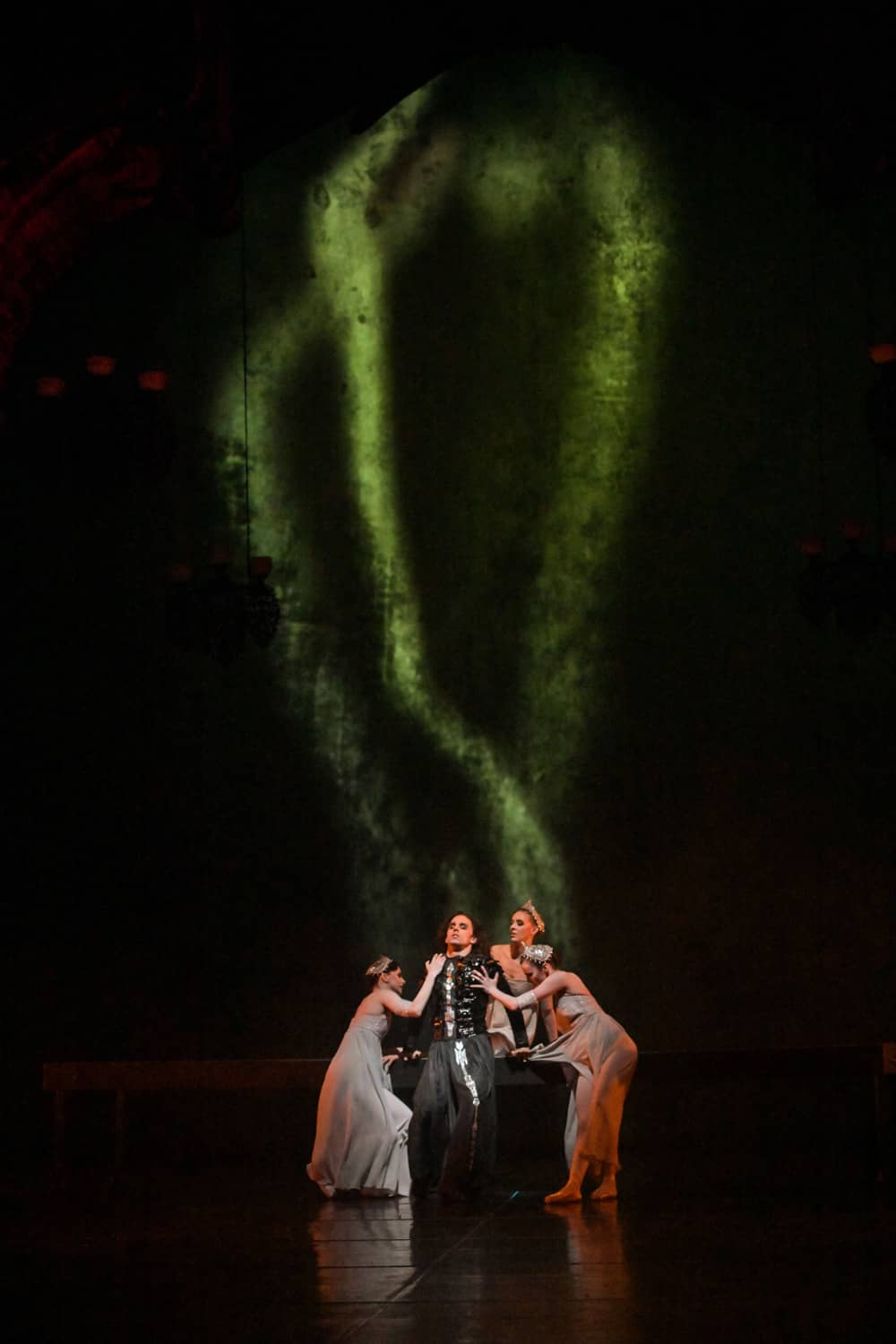 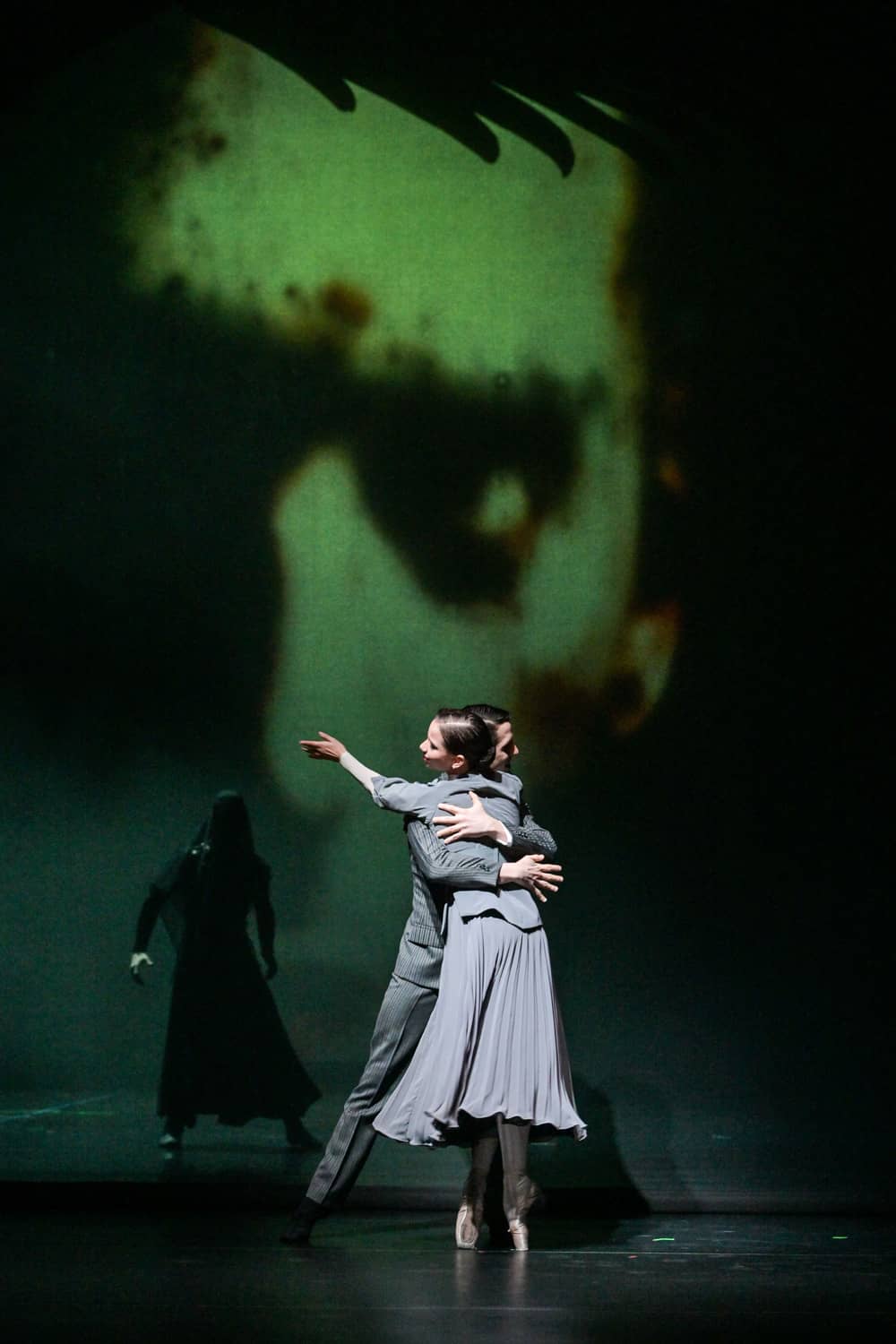 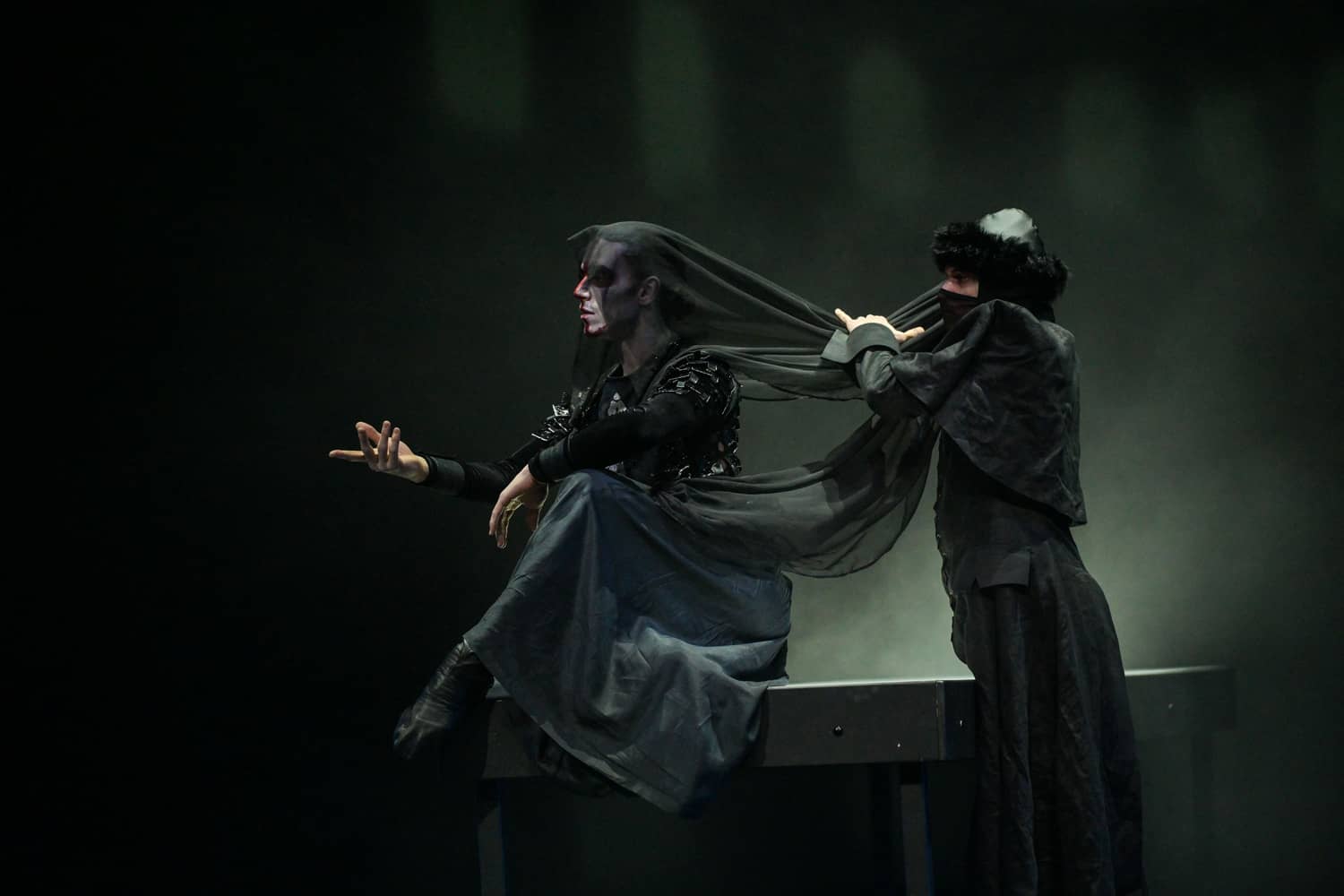 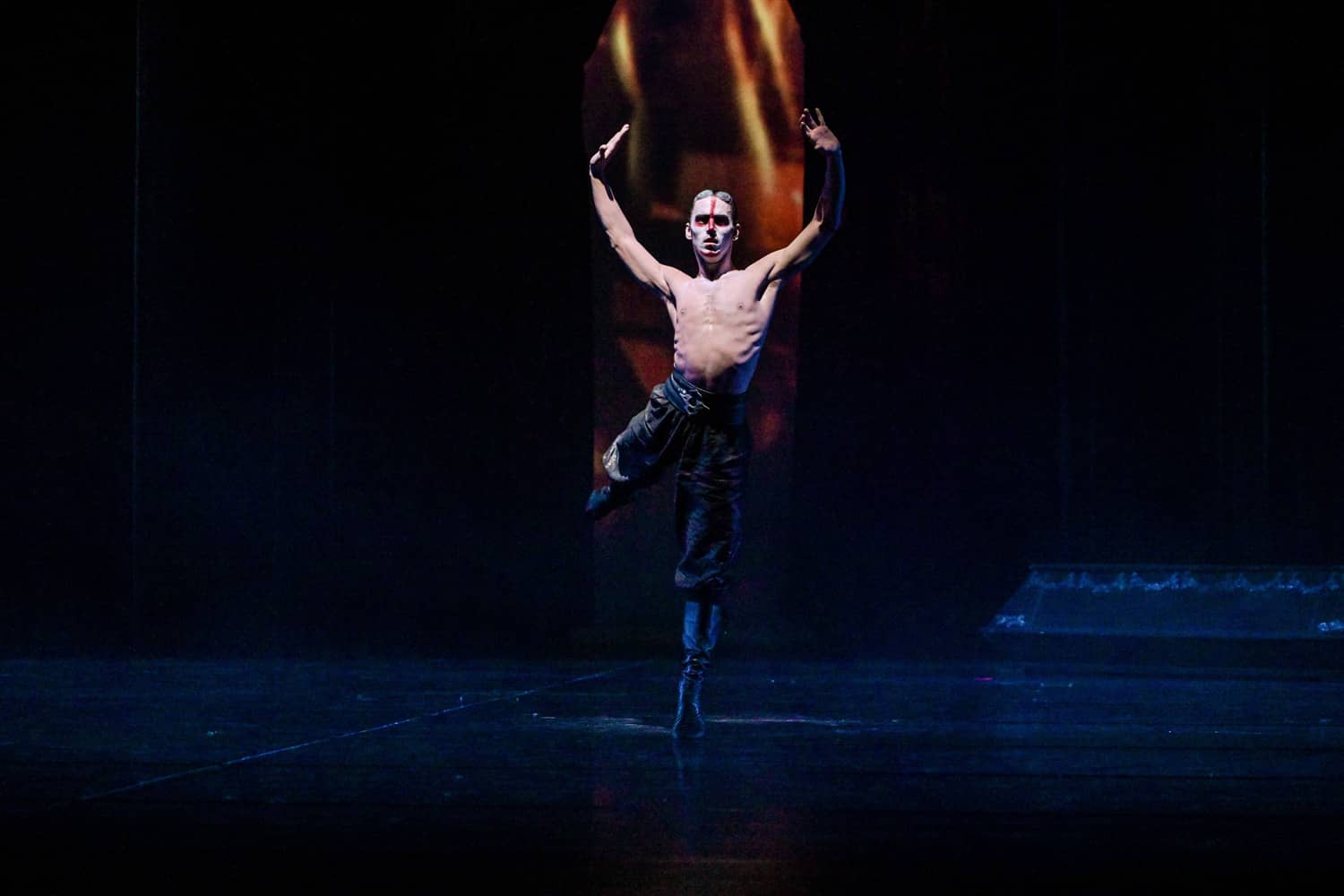 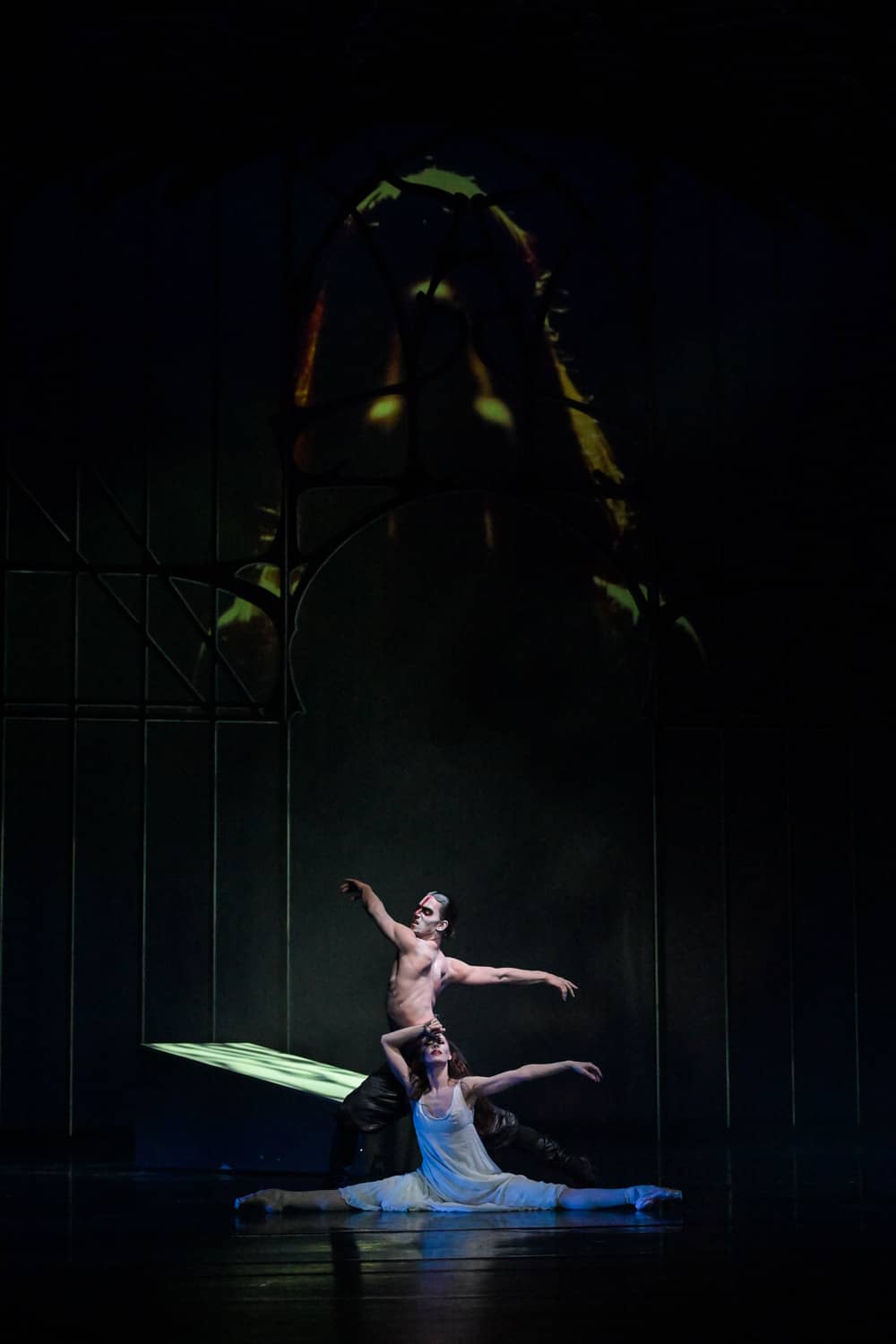 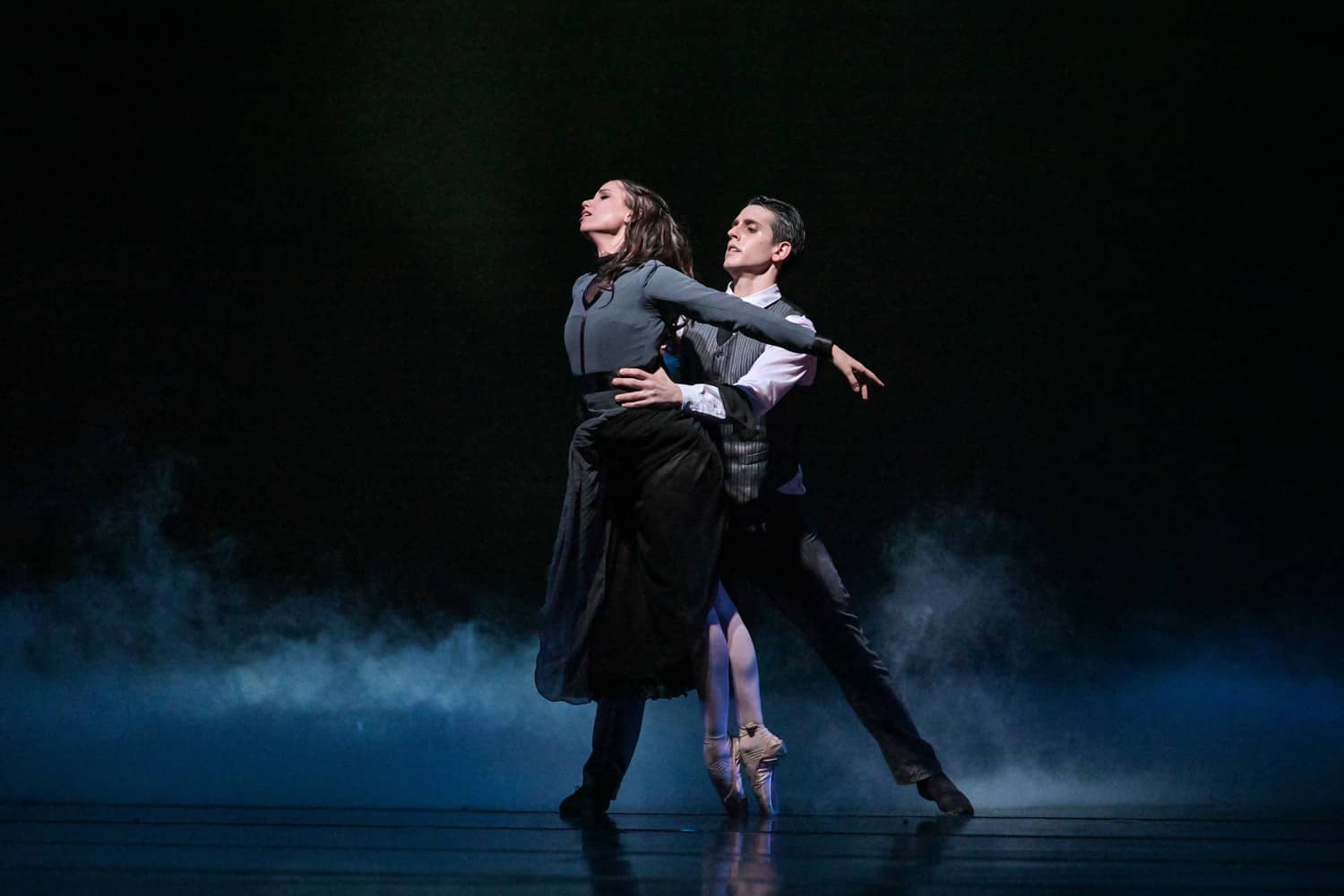 Since 1897, the horror of Dracula established a whole dynasty of productions in many fields, from literature to cinema, from opera to ballet. It introduced the entire gender of vampire fantasy.

In this production, we pre-recorded choreographic footage in 4k at 60 fps in a dark room with very sharp lights. We then used this footage to produce the videos that were going to be projected during the performances and synchronized them live.

"Based on Bram Stoker’s narrative of the blood-sucking Count Dracula, Gonzalo Galguera wonderfully choreographed a ballet that challenges all imaginable preconceived notions. The vibrant Magdeburg Philharmonic Orchestra and the ensemble of technically strong, perfectly characterized dancers made the eclectic production feel effortlessly homogeneous. Galguera, the director and chief choreographer in Magdeburg, meticulously and intelligently developed a plot full of powerful images, symbolism, and exceptional movements. Venturing outside of Berlin to experience this spectacular production by the Magdeburg Ballet is more than worthwhile."
— Fatima Nollen - Dancing Times (May 2019)

"Who would have thought that a book with over 600 pages about the legend of the most famous vampire of the Carpathians can be told in a brilliant way as a ballet in six pictures in just over an hour? I recently experienced that at the Magdeburg Opera House. The very intelligent and talented ballet director Gonzalo Galguera rose to the challenge, and one has to attest to him a great success. The two leading roles are Jonathan Harker, danced by Adrián Román Ventura, and Count Dracula, interpreted by Mihael Belilov: two artists and excellent dancers. They knew how to give weight and credibility to the characters.”
— Margarita Median - Danse (June 2019)

"Dracula as a person struggling with himself, yes against himself, the ballet almost the elegy of a hunted man - this has never been seen before. Then brilliantly in its Transylvanian castle, danced through by a crowd of unfortunate ghosts, the final wrestling on the hangman's table. "Dracula" has what it takes to be a real repertoire piece. The production is carried out by an outstanding Mihael Belilov in the main role, with an artistic nervousness for this tricky part.”
— Volkmar Dräger - Neues Deutschland (April 2019)