Carmina Burana is a cantata composed in 1935 and 1936 by Carl Orff, based on 24 poems from the medieval collection Carmina Burana. Its full Latin title is "Carmina Burana: Cantiones profanae cantoribus et choris cantandae comitantibus instrumentis atque imaginibus magicis" (Secular songs for singers and choruses to be sung together with instruments and magical images).
Already from the title, you may notice that the visual component was immediately present since the first conception of the pieces. Carl Orff encountered these poems for the first time in the 1930s, and he immediately saw their theatrical potential.

We worked on the 25 pieces of the cycle with particular attention in giving a sense of variety and at the same of time of circularity to the production. We inserted visual references throughout the cycle that were inferring, rather than showing, the connections existing between the different themes. We produced the video material, basing it on naturalistic or lifelike elements, colors, and textures that were readapted and integrated in real-time to fit with the musical composition and the analogic nature of the instruments. During the orchestral rehearsals and performances, we sycnronized the videos by following a pre-written video score and by using modern techniques of video-mapping and light design. 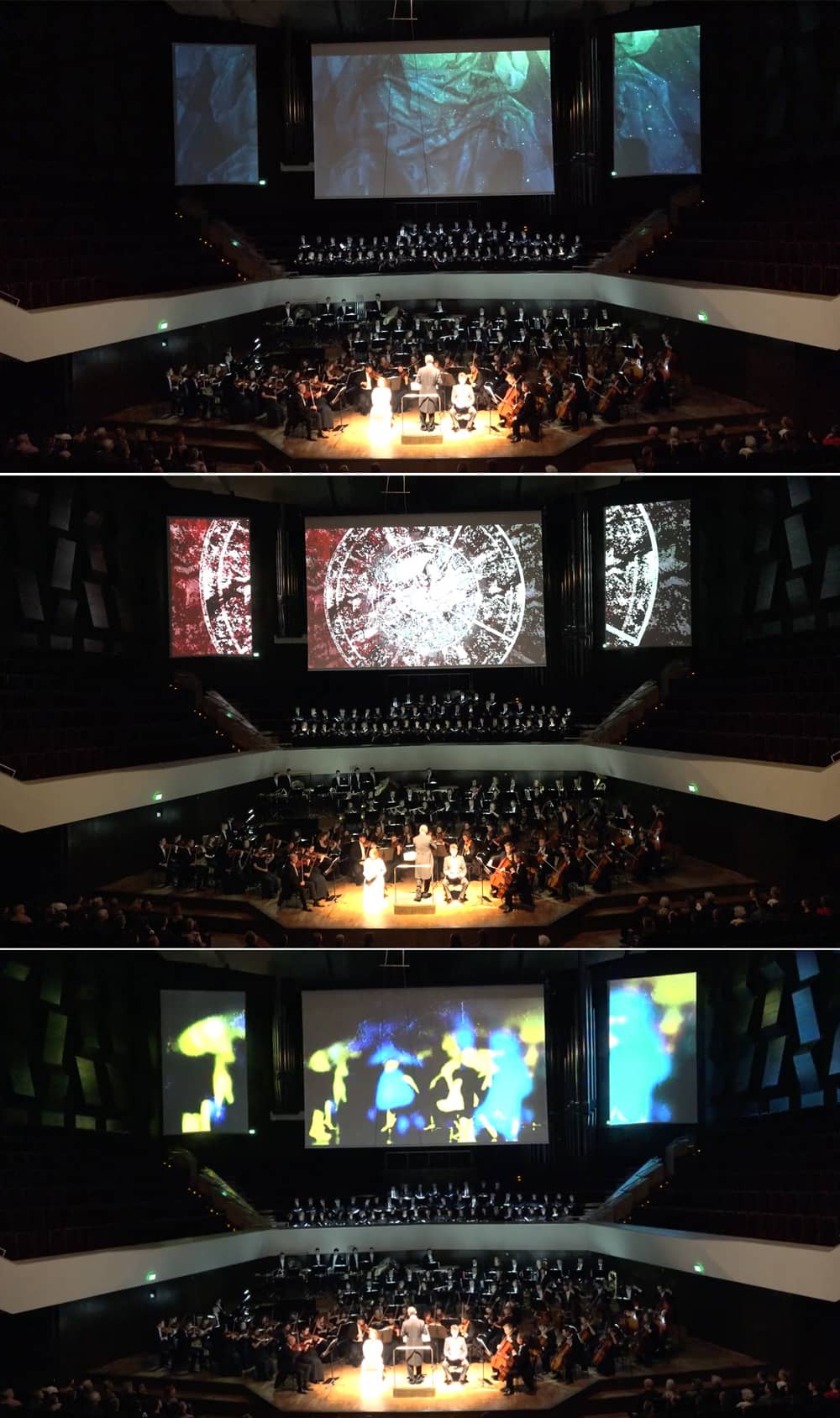